Skip to main content
Upload Proof of Vaccination
Reminder: All students, faculty, and staff must be fully vaccinated against COVID-19 and upload proof as a condition of accessing College buildings (including the residence hall) during the 2021-2022 academic year.
In the Spotlight
December 1, 2019 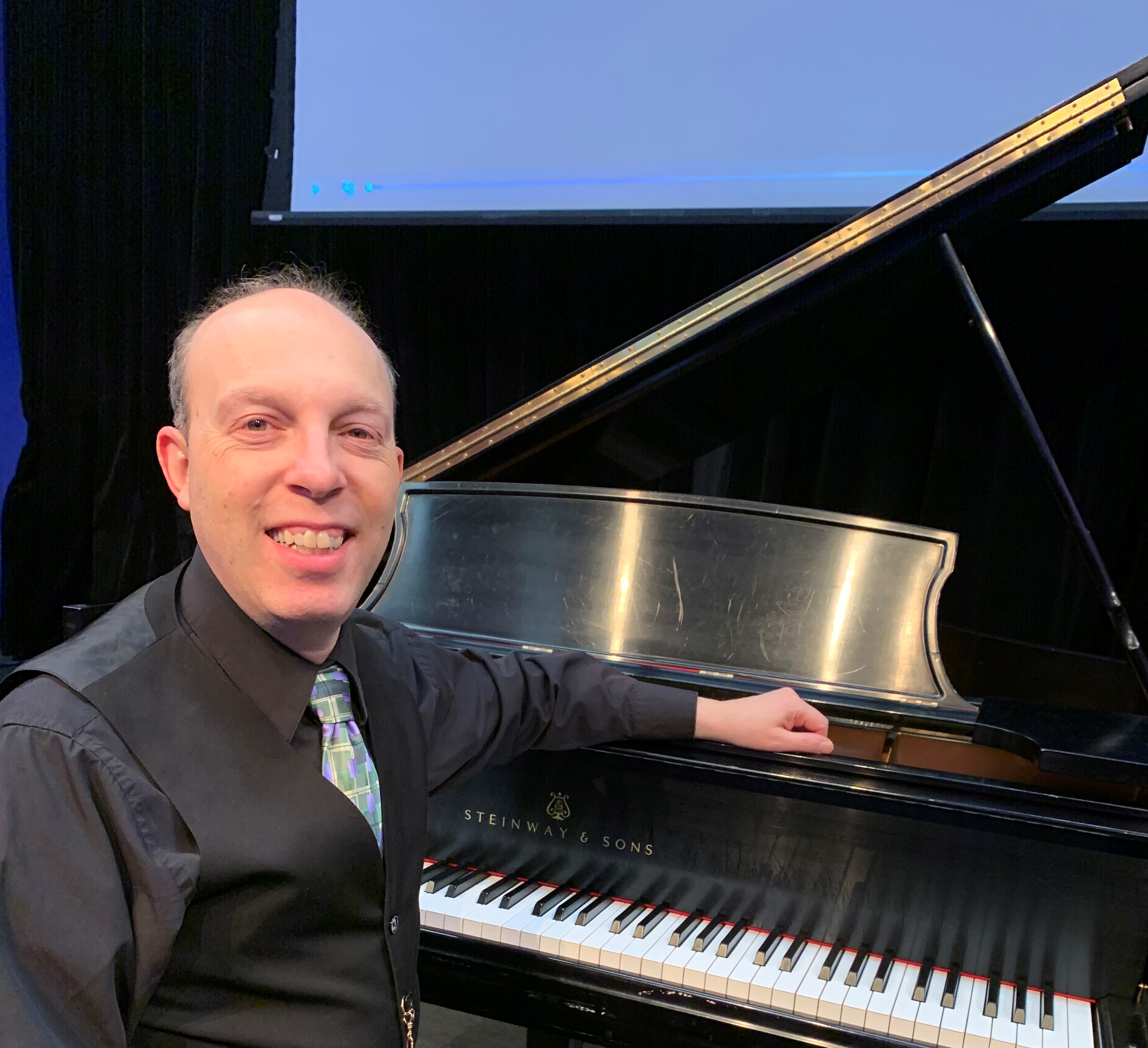 That's thanks to Ben Model, one of the nation's few specialists in silent film piano accompaniment – the art of playing live music to complement a film with no sound – who regularly performs for movies Dr. Weiss screens for his classes and the community.

Ben, who earned a BFA in Film from New York University, is a resident film accompanist at the Museum of Modern Art (NY) and at the Library of Congress' Packard Campus Theatre, and performs at theatres, museums, schools and other venues around the US and internationally. His involvement with St. Francis dates back to 2013, when he started playing for about one screening a semester. He now performs three or four times.

The New Yorker Magazine recently profiled Ben, here. He spoke with us about his work as a piano accompanist and his relationship with St. Francis College.

How did you become a silent movie accompanist?

I grew up being a huge, huge fan of these movies. My folks tell me I discovered Charlie Chaplin on TV when I was a toddler.

I knew somebody in my town...who was a drama critic for The New York Times by the name of Walter Kerr. [Kerr] wrote a book that came out in 1975 called The Silent Clowns. My folks knew he had a huge [silent] film collection. And I wrote him a letter when I was 12 and he called me up and asked me to come watch films at his house.

So I grew up watching all this stuff and I arrived at film school having seen all the movies by [Buster] Keaton and Chaplin and Harold Lloyd and Harry Langdon.

And I had also grown up as a musician...The head of the [film] department [in college] loved the idea of my accompanying classes. I guess I started my sophomore year, but by junior year I was playing for two or three classes a week, two or three different feature films a week.

What's the process for coming up with your score?

There's a couple of components. Part of it is that I'll watch the film ahead of time if I don't know it. Sometimes if it's necessary, I will write down detailed story notes and have that in front of me to remind myself of things that are going to come up. And I'll write down cues to look for two or three [moments] before, if there's a big surprise moment.

I will have some ideas for themes while I'm watching the film ahead of time...and then the rest of it gets woven together through improvisation during the show.

It doesn't mean I'm winging it or just making it up while I'm watching the movie. In a sense, everything I'm playing is composed. It's a musical language that I've developed. My analogy is it's the way jazz musicians work. They're not completely making everything up.

You watch the movie closely as you play?

Yes. The film is like my sheet music. I try to create music that breathes with the ebb and flow of what's happening on screen. It's got to be seamless and it needs to feel like it fits the film so well that you forget I'm there.

It's a weird mindset to be in as a performer and a composer that you want people to completely forget that you're in the room. But that's the idea. It's not a concert. It's about the people who made this film 90 or 100 years ago. I take the film as seriously as the people who made it then. I want it to resonate and entertain an audience of today with the same intent than was put into it when it was made.

What's unique for you about playing at St. Francis College?

Every venue has its own special nature. What's great about this [playing at St. Francis College] is that it's a way for college students to experience silent films, because they're much more than movies with no sound.

Most film programs that have a silent film component do not have live accompaniment...That students at St. Francis get to experience silent film with live piano accompaniment a few times a semester is really rare.

Even when I play at NYU and Columbia and other universities in a silent film class, it'll be for one session, and the rest of the semester, it is all DVDs with recorded tracks. What I've heard from students either right after class or years later when I would run into them, they would say, "that was my favorite class session." Having the live music element, it makes it work. [The students] get silent film. That's what's really special about presenting silent films here on a regular basis with live music.