The maintenance is scheduled to take place on the following days: June 21, June 22, July 11, July 13, August 1, August 3, August 16, and August 17. If you experience any problems accessing any of these applications during these dates, please understand the application may be down for migration. SFC IT will be sending out notifications when systems are back online. Thank you for your support and patience during this process.
Alumni
February 26, 2020

Dr. Joseph Pantaleo had a singular focus since he was a small boy: teeth.

But one part of Dr. Pantaleo's professional path wasn't predictable, even to him. In 2015, he founded Tomorrow's Smile Today, a non-profit organization that provides free medical care and education to underserved communities in Kenya, with aims to expand into other countries. He travels to Africa at least twice per year, and spends part of each work week devoted to the organization.

Tomorrow's Smile Today is deeply tied to the Franciscan values that Dr. Pantaleo embraced as an undergraduate at St. Francis. He recently reflected on his college years and his charitable work after.

How did you choose St. Francis College?

So the College's Franciscan values were very much alive you to when you were here?

I think Franciscan values were beyond alive. I went on the Assisi pilgrimage my fourth year. There were just so many good Brothers there, who were inspirational my entire time. They would say, "Hey, don't worry. Just keep going. You'll do this."

The Brothers were so instrumental in making you understand that everyone's the same person. We all breathe the same air. There's a spirituality to that. God has a plan for everybody.

My life would not be where it is today without the Franciscan Brothers.

You arrived at St. Francis knowing you wanted to be a dentist?

The story is that when I was in second grade, we had a career day. Ever since then – and I wrote it in my journal – "when I grow up, I want to be a dentist." It started from an obsession as a little boy. First dinosaur teeth. And that transferred into using drills and then having really cool instruments at the dental office. And then that turned into wanting to help people and specifically do outreach programs.

How did St. Francis College prepare you for dental school?

Do you have a specific memory from St. Francis that had a big impact in your life after college?

I do. It's very specific. I was a very good friends with Dr. [Frank] Macchiarola, who was [SFC] president at the time. I had a class that met Monday, Wednesday and Friday. On Monday, the professor said, "Dr. Macchiarola is coming in on Wednesday morning, he'll be here by 8 a.m. Make sure you arrive early."

Of course I showed up at 7:30 for that 8 a.m. class. There was one student who came in after 8. It was about 8:02. Dr. Macchiarola said "you're late, you can't attend." And the student said, "I was running late, the buses, the trains..." And Dr. Macchiarola goes, "well, if I told you yesterday that if you showed up before 8 a.m., you would get your student loan debt [paid off] and a million dollars in your bank account, you would've showed up before 8 a.m."

And that resonated with me. You have to show up. You have to be prepared. You always need to prepare your life so that you don't miss out on any opportunities.

Talk about your dentistry career and how it led to your charity work.

One of my first jobs out of residency [at Jamaica Hospital Medical Center] was at Mt. Sinai [Hospital]. I got involved in their outreach department. We spent three years working with three different outreach programs in Guatemala. After my third mission, I said, "you know what, I can do this."

I was talking to Brother Leonard Conway and I was telling him about Guatemala. I said, "I really wish I could do a program where we take students from either college or high school, and really get these kids doing work." And then he said, "Well, you need to go to Kenya because we [Franciscan Brothers] have a secondary school at Lare, Kenya." And I went on a trip that same 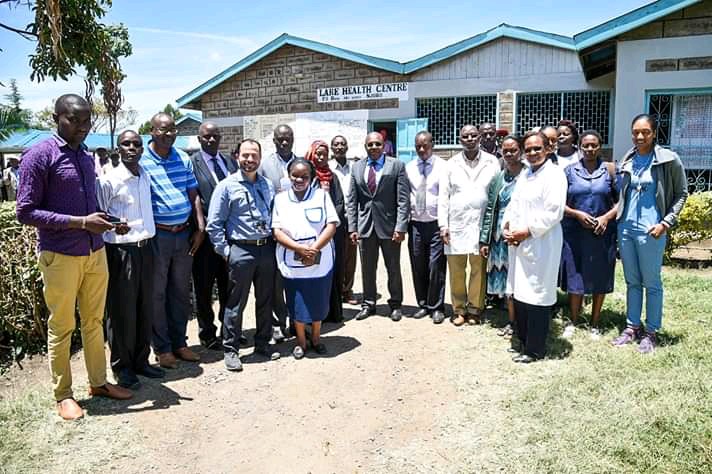 year and I completely fell in love with the Brothers [there].

Tomorrow's Smile today is basically in partnership with the Franciscan Brothers and the local government in Kenya. We've been able to build a medical and dental facility there. We revived the whole education and medical department in this one little town in Kenya called Lare.

How much of your life is devoted to Tomorrow's Smile Today?

It's growing astronomically. So I do four days a week in my private practice and I do one day with the nonprofit. Of course we know that everyday I work on TST but I commit at least one full day to this per week.

How often do you travel to Kenya? 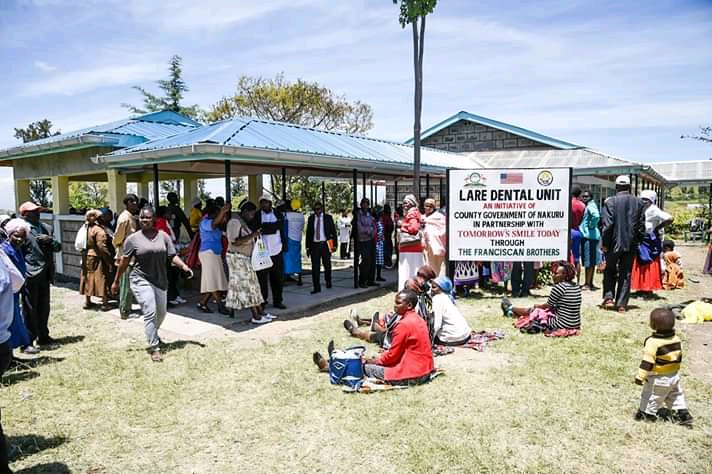 We bring the doctors once a year at this point. I generally take one extra trip per year. That's to meet with the government. I'm actually going next Wednesday for 10 days. When I'm there next time, I'm going to go with the Brothers into Uganda. We're going to try to do the same protocol that we did in Kenya. I'm really excited for these future plans.

How can the St. Francis community get involved with Tomorrow's Smile Today?

Even though this started off as a medical nonprofit, we bring pharmacists [to Kenya], we bring photographers with us. We bring people who are really good with computers and organization and administrative assistants and anyone from any walk in life. My younger brother's an architect. He helped me with plans for the medical facility.

So anyone who wants to be involved and has a passion for helping people are more than welcome to join us.

What advice do you have for St. Francis students considering dentistry as a career?

No matter what all the chatter is around you all day long, just keep believing in yourself and pursue your dreams. 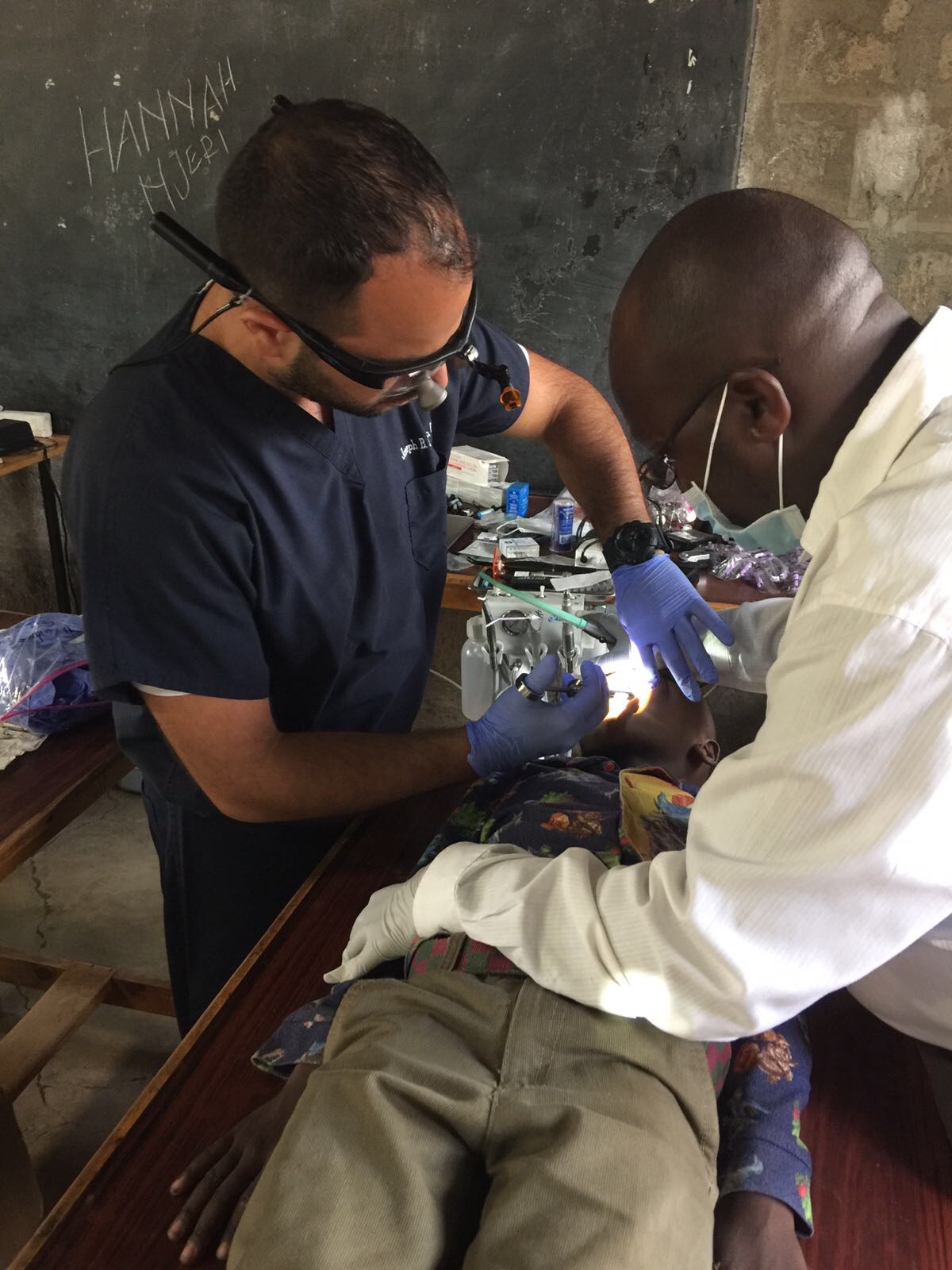