The maintenance is scheduled to take place on the following days: June 21, June 22, July 11, July 13, August 1, August 3, August 16, and August 17. If you experience any problems accessing any of these applications during these dates, please understand the application may be down for migration. SFC IT will be sending out notifications when systems are back online. Thank you for your support and patience during this process.
Academics
July 19, 2009

St. Francis Athletic Director to Appear on MY9 This Sunday at 3:00pm

American Latino TV, a nationally syndicated TV show about Latin Americans making an impact in the United States will be featuring St. Francis College Director of Athletics Irma Garcia as part of the program airing this Sunday, July 19 at 3:00pm on WWOR MY9.

AD Garcia, the first Latina to head an NCAA Division I Athletics Program, is heading into her third season at the helm at St. Francis College. “It’s great to be on a show that has focused on so many people that have such an influence on our culture,” said Garcia. “I’m proud of my Latina heritage and even though I had no idea I would be breaking down barriers when I finally achieved my goal, I hope my success helps more Latinas rise to realize their dreams.” 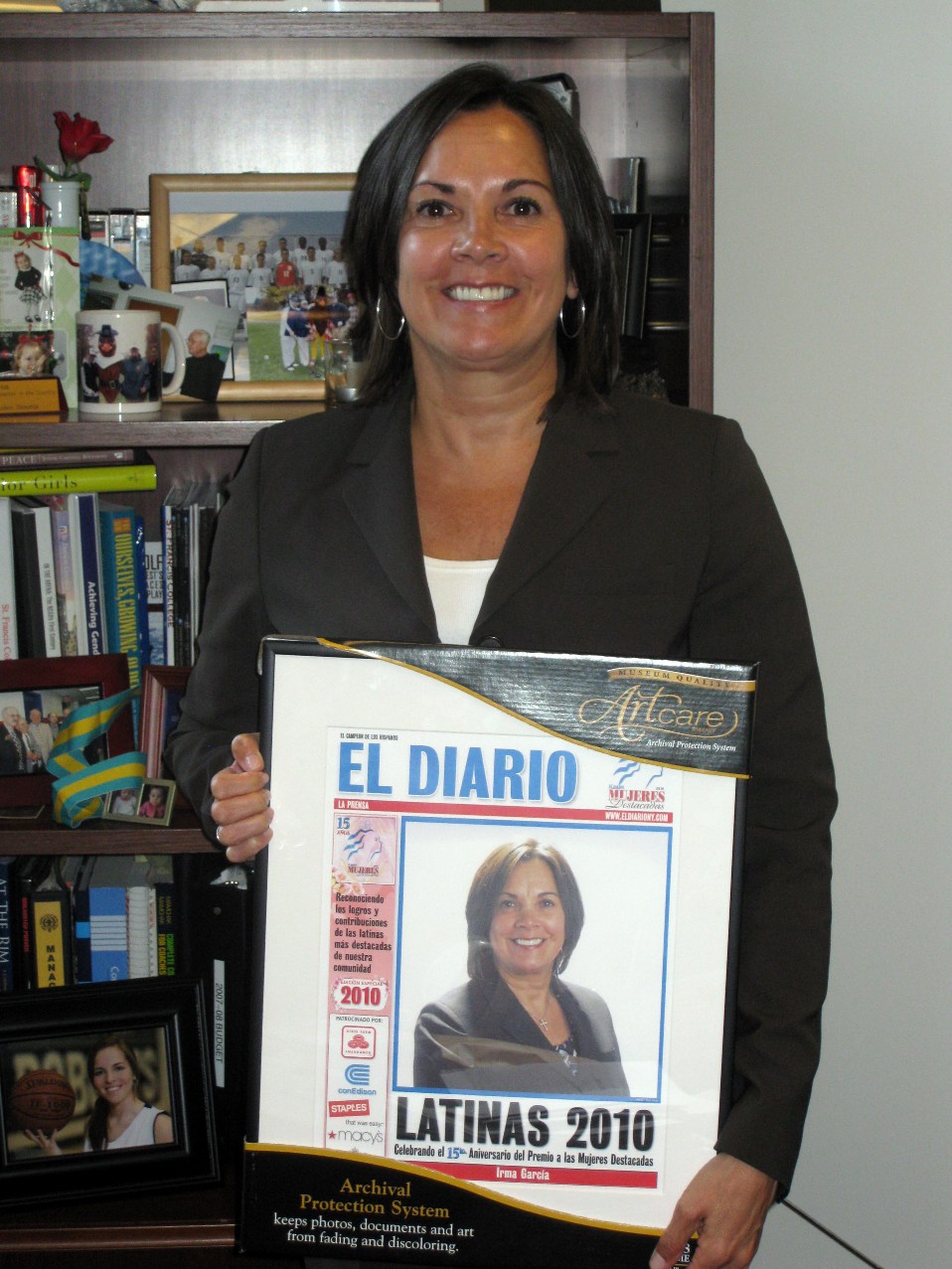 Last year, AD Garcia was honored at The White House by MANA, A National Latina Organization. Garcia began her relationship with St. Francis College as a student athlete playing for the Women’s Basketball Team. She graduated in 1980 and returned eight years later as to coach the women’s team. Under her leadership, the Terriers excelled on and off the court. Twelve of her players were honored on post-season Northeast Conference (NEC) teams, five are now in the College’s Athletic Hall of Fame and one player, Carolyn Harvey, is the first St. Francis woman to play pro ball. In the classroom, Garcia’s teams finished fourth and 23rd in the country in combined grade average out of 300 Division I teams. Before becoming AD, Garcia served as Associate Athletic Director and Senior Woman Administrator, building up solid experience in managing large parts of the athletic department.

American Latino TV airs Sunday on WWOR MY 9 at 3:00pm.