Skip to main content
Upload Proof of Vaccination
Reminder: All students, faculty, and staff must be fully vaccinated against COVID-19 and upload proof as a condition of accessing College buildings (including the residence hall) during the 2021-2022 academic year.
Alumni
November 6, 2013

Award winning writer James Salter (The Hunters, Dusk and Other Stories, All That Is) read from his collection of work and answered questions from the audience as the latest speaker for St. Francis College's Walt Whitman Writers Series on Wednesday, November 6. (www.sfc.edu/waltwhitman)

Salter grew up in New York before becoming a fighter pilot in the Korean War. He is a prolific writer whose best known works include; The Hunters, A Sport and a Pastime, Light Years, Solo Faces, Dusk and Other Stories (Pen/Faulkner award), Burning the Days, Gods of Tin, and Last Night. His latest novel, All That Is, has received numerous excellent reviews. Salter has worked on screenplays for Robert Redford in Hollywood, and has also written extensively about travelling and food. 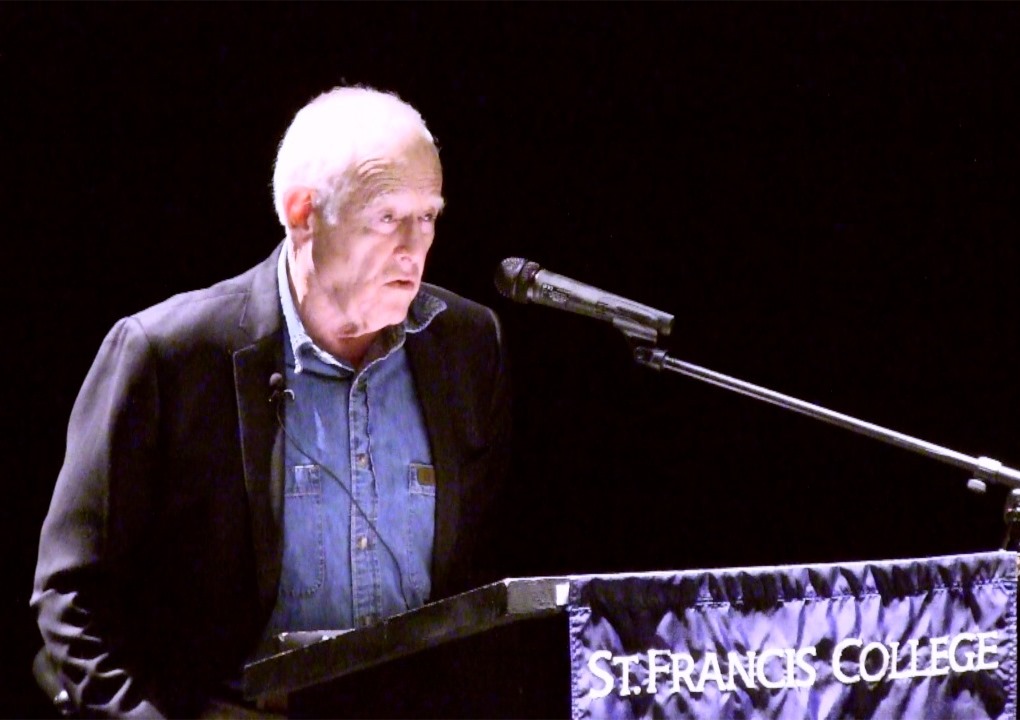 St. Francis College hosted a community read for the evening, purchasing copies of Salter's work and sharing them with students, faculty and staff ahead of Salter's appearance.