Skip to main content
Upload Proof of Vaccination
Reminder: All students, faculty, and staff must be fully vaccinated against COVID-19 and upload proof as a condition of accessing College buildings (including the residence hall) during the 2021-2022 academic year.
Academics
August 29, 2018 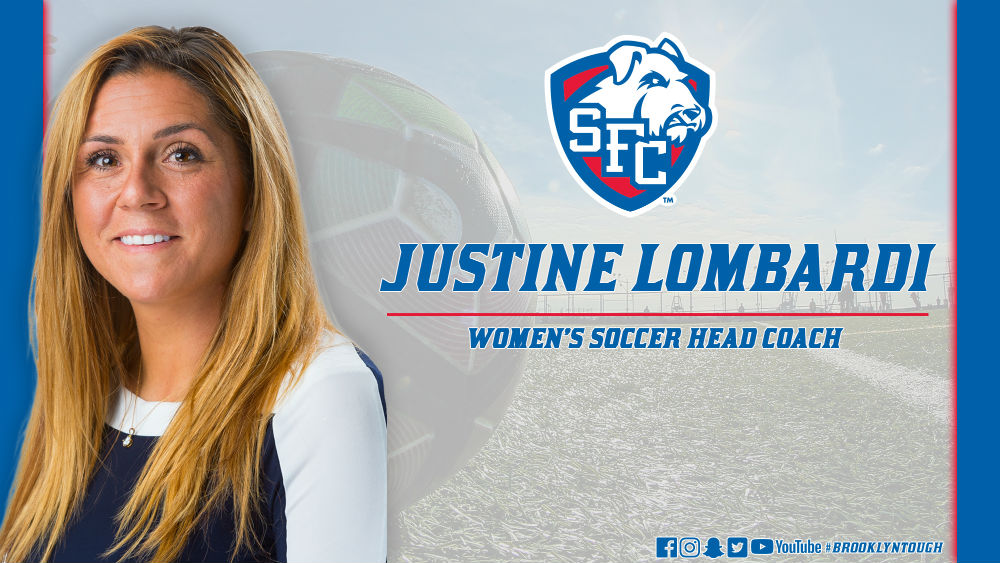 "We are thrilled to announce the addition of Justine Lombardi to our family here at St. Francis Brooklyn. Justine brings a pedigree of winning and a tremendous work ethic to our program, which is set to hit the field in the fall of 2019. Her passion for the sport and ability to recruit will help St. Francis College grow in the years to come," notes Garcia.

Lombardi joins St. Francis Brooklyn after serving as a women's soccer assistant coach at her alma mater Quinnipiac University for the past six seasons. While at Quinnipiac, Lombardi played an integral role in the recruiting efforts of prospective student-athletes. She was also responsible for overseeing training aspects of the team, both physically and mentally throughout each season.

"The opportunity to start something from square one is always a great undertaking, and this will be no exception, but it is something I have dreamed of doing and that I think will be extremely satisfying – I am honored to have been chosen by Irma and the athletics department as the person to get this program off the ground and excited to create something special in the city of Brooklyn," said Lombardi on being named the first-ever women's soccer head coach in program history.

Over the past two seasons, Quinnipiac has thrived with Lombardi on staff. Last season, the Bobcats reached the MAAC semifinals after going (9-7-3, 5-2-3 MAAC). In 2016, Quinnipiac had its best season in program history as a member of the MAAC. The Bobcats finished the year (12-7-1, 7-4 MAAC) and earned the No. 2 seed in the conference championship. Quinnipiac went on to advance to the MAAC Championship Game for the first time in program history.

Before returning to Quinnipiac as an assistant coach, Lombardi spent time at Bridgeport University as an assistant from 2010-12. In 2011, the Purple Knights finished with an undefeated mark of (16-0-2) and made an appearance in the Division II NCAA Tournament.

Lombardi currently serves as the head coach for the Connecticut Football Club, a post that she has held since 2007. In 2010, she led the club team to the State Cup Championship title.

Before her coaching career began, Lombardi was a member of the Quinnipiac women's soccer team where she was a four-year starter and team captain for head coach Dave Clarke. She appeared in 64 games (58 starts) for the Bobcats during her collegiate career. Lombardi recorded one goal and six assists for a total of eight points. She graduated with a degree in Health Sciences with a concentration in Sports Medicine.

Lombardi was born in Hartford, CT, grew up in Enfield, CT, and attended Enrico Fermi High School. She played for the Connecticut Football Club during her entire youth career and continued coaching for the club after her playing career ended.

On June 24, 2018, St. Francis Brooklyn announced the addition of women's soccer as its 21st NCAA Division I program. The team begins competition in the fall of 2019 and is set to join the Northeast Conference (NEC) as its 10th member in the sport of women's soccer.

The launch of the St. Francis Brooklyn women's soccer program comes during the year of 50th anniversary of the men's soccer team, which began play in 1968.