Skip to main content
Upload Proof of Vaccination
Reminder: All students, faculty, and staff must be fully vaccinated against COVID-19 and upload proof as a condition of accessing College buildings (including the residence hall) during the 2021-2022 academic year.
Academics
February 4, 2011

Professor for 30 Years Will Still Watch Over St. Francis Students

Families and friends of the late Brother Edmund Holmes, OSF ’28 came to St. Francis College for a Mass and to dedicate the college’s newest lecture hall in his memory. It was the support of Brother Edmund’s Franciscan Brothers and his family that made it possible to construct the state-of-the-art teaching facility.

“The love and generosity of the Brothers and Brother Edmund’s family influence the lives of our students, their families and those they come in contact with in a very profound way, and truly make a difference,” said St. Francis College President Brendan J. Dugan ’68. “Their latest gift represents only a portion of what the Franciscan Brothers give to the College day in and day out.” 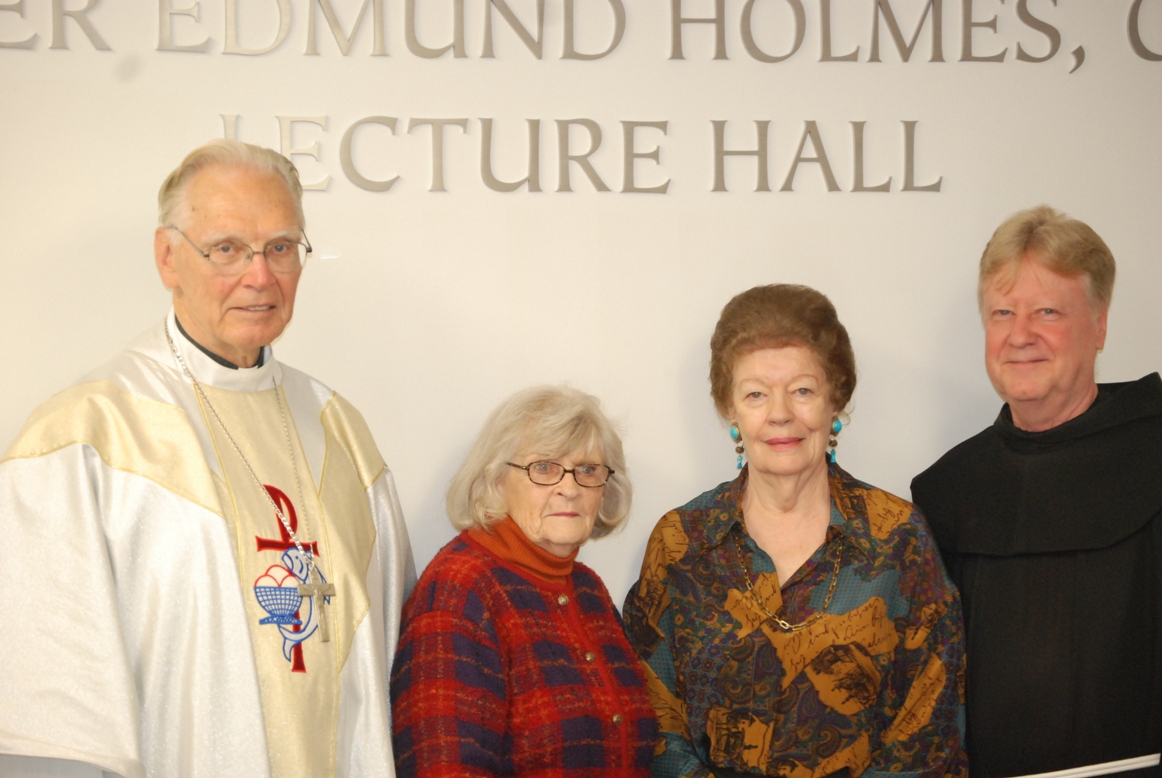 Brother Edmund taught at St. Francis for more than 30 years as a Professor of the Classics. In 2003, two years before he passed away, Brother Edmund became the first and only Franciscan Brother in the history of the Brooklyn Congregation to celebrate his 75th anniversary as a Brother. In addition to the lecture hall now bearing his name, there is also a portrait of him hanging on the wall.

“Brother Edmund spent his life teaching others,” said Vice President of Development and Alumni Affairs Thomas Flood, “Even now, he still casts a watchful eye on all who enter this classroom with a thirst for knowledge and great potential.”

There are two other ways that Brother Edmund is remembered at St. Francis; through a scholarship in his name, and every December as the crèche he donated is proudly displayed throughout Advent and Christmas.

The mass was celebrated by Auxiliary Bishop Emeritus Most Reverend Emil A. Wcela from the Diocese of Rockville Centre.