The maintenance is scheduled to take place on the following days: June 21, June 22, July 11, July 13, August 1, August 3, August 16, and August 17. If you experience any problems accessing any of these applications during these dates, please understand the application may be down for migration. SFC IT will be sending out notifications when systems are back online. Thank you for your support and patience during this process.
Academics
April 11, 2015 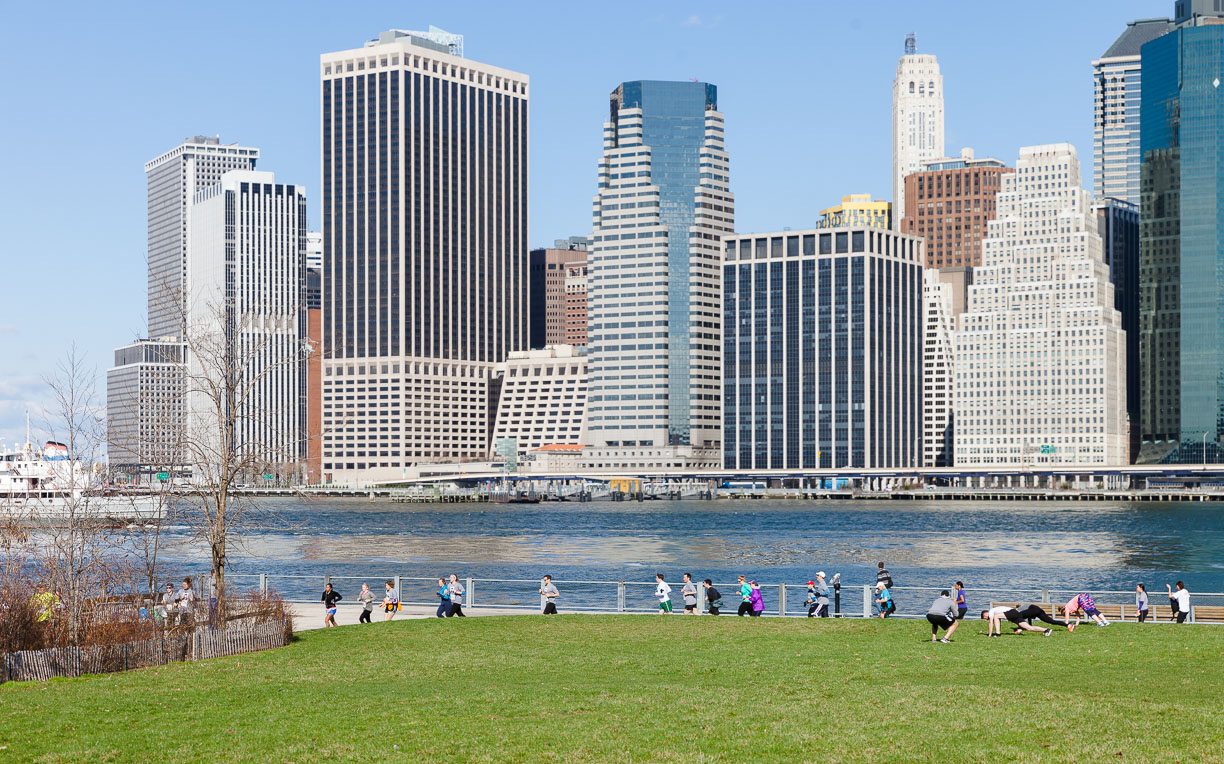 The race honors longtime public servant, Eileen Dugan, a New York State Assemblymember from 1980 to 1996, whose vision, leadership and advocacy were instrumental in setting the stage for the creation of Brooklyn Bridge Park. 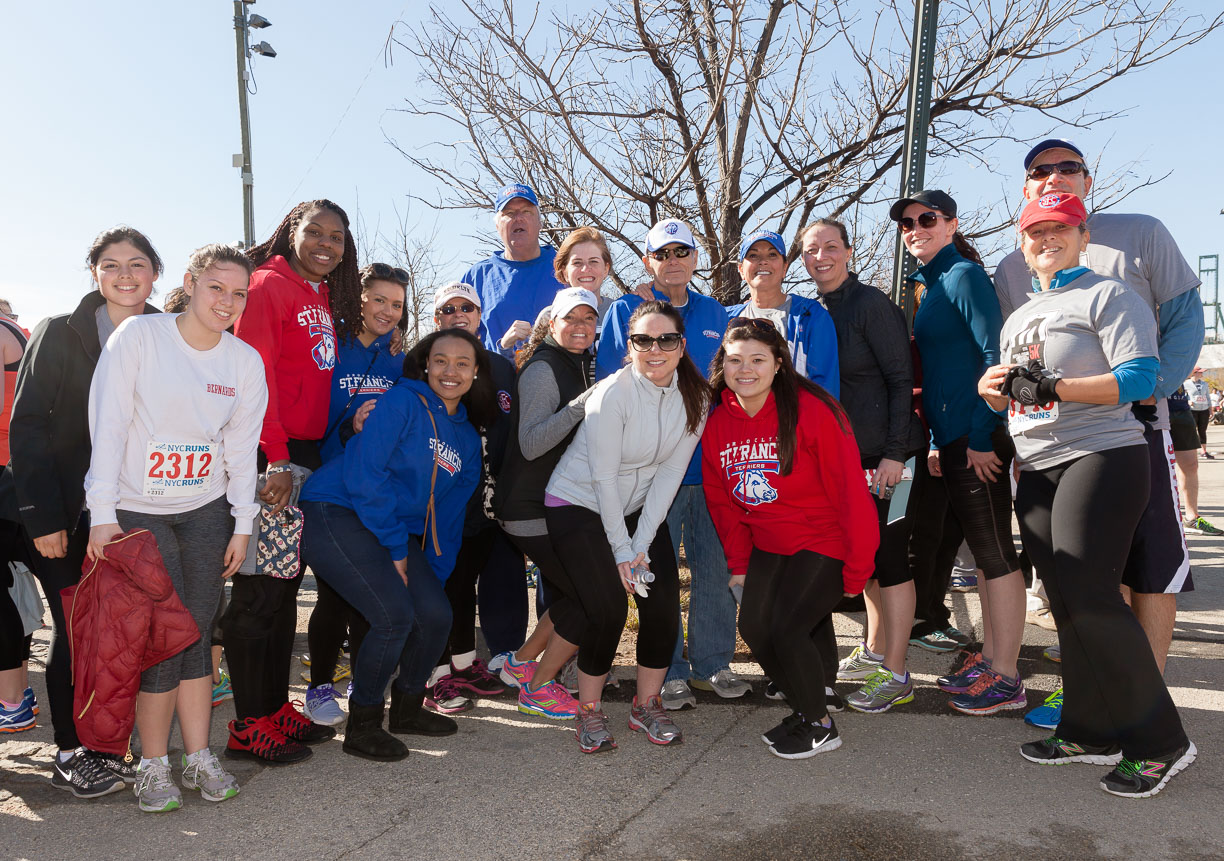 With the sun shining bright and bit of wind, runners made their way down the Brooklyn waterfront, racing through the newly renovated piers, with breathtaking views of the Brooklyn and Manhattan Bridges, the Manhattan skyline, and the harbor.

Dozens of St. Francis students and alumni participated in the race as runners and volunteers.

For 13 years (1997-2009), the Eileen C. Dugan Run/Walk was held on the streets of Carroll Gardens and Cobble Hill in early October. The event was organized by the Court Street Merchants Association. The Brooklyn Bridge Park Conservancy was pleased to re-introduce this local favorite in 2012 at its new home, Brooklyn Bridge Park.

The 18th Dugan Run is already on the calendar for next year. Save the date for Saturday, April 16, 2016.

About Eileen C. Dugan
Eileen Dugan was born in Brooklyn on April 15, 1945. Throughout her full life of public service, many thousands of people were beneficiaries of her understanding, her compassion, and her knowledge of the value of government and communities working together. Eileen was a New York State Assemblywoman from 1980 to 1996. She was elected to represent the 52nd AD (Brooklyn Heights, Cobble Hill, Carroll Gardens, Red Hook, Sunset Park, and Bay Ridge) for nine terms. In 1996, she passed away of breast cancer at the age of 51 just days after her last election campaign. Due to her early leadership and advocacy to create a public park on the Brooklyn waterfront, Eileen has been called the Godmother of Brooklyn Bridge Park.

Brooklyn Bridge Park
Brooklyn Bridge Park Corporation, known as Brooklyn Bridge Park (BBP), is the not-for-profit entity responsible for the planning, construction, maintenance and operation of Brooklyn Bridge Park, an 85-acre sustainable waterfront park spanning 1.3 miles along Brooklyn’s East River shoreline. As steward of the park, BBP has transformed this previously deteriorated stretch of waterfront into a world-class park where the public can gather, play, relax and enjoy sweeping views of New York Harbor. The self-sustaining park was designed by the award-winning firm of Michael Van Valkenburgh Associates, Inc. and features expansive lawns, rolling hills, waterfront promenades, innovative playgrounds, a greenway, sports facilities and the popular Jane’s Carousel. BBP serves thousands of people on any given seasonal day, who come to picnic, walk their dog, play soccer, jog, bike or roller skate. Brooklyn Bridge Park is a signature public investment for the 21st Century and will be an enduring legacy for the communities, elected officials and public servants who made it happen.