Skip to main content
Upload Proof of Vaccination
Reminder: All students, faculty, and staff must be fully vaccinated against COVID-19 and upload proof as a condition of accessing College buildings (including the residence hall) during the 2021-2022 academic year.
Academics
May 6, 2011

More Than 50 Years of Alumni Return for Annual Dinner

An amazing turnout of more than 300 alumni and friends of St. Francis College, spread out over more than 50 years, came out to the College’s Anthony J. Genovesi Center on Friday, May 6 to renew old bonds, support the College and help honor fellow alumni for the 2011 Annual Alumni Reunion Dinner.

Several alumni were honored during the dinner including Thomas M. Laquercia ’66 who was presented with the Alumni Achievement Award. Among his many achievements, Mr. Laquercia has practiced law for more than thirty years with his own firm, Smith and Laquercia, handles arbitration cases pro bono and is an active member in the parish of Sacred Hearts – St. Stephens in Carroll Gardens. He told the attendees that you can be a good person and still be successful; you just need to keep the Franciscan ideals in mind as you move through life. 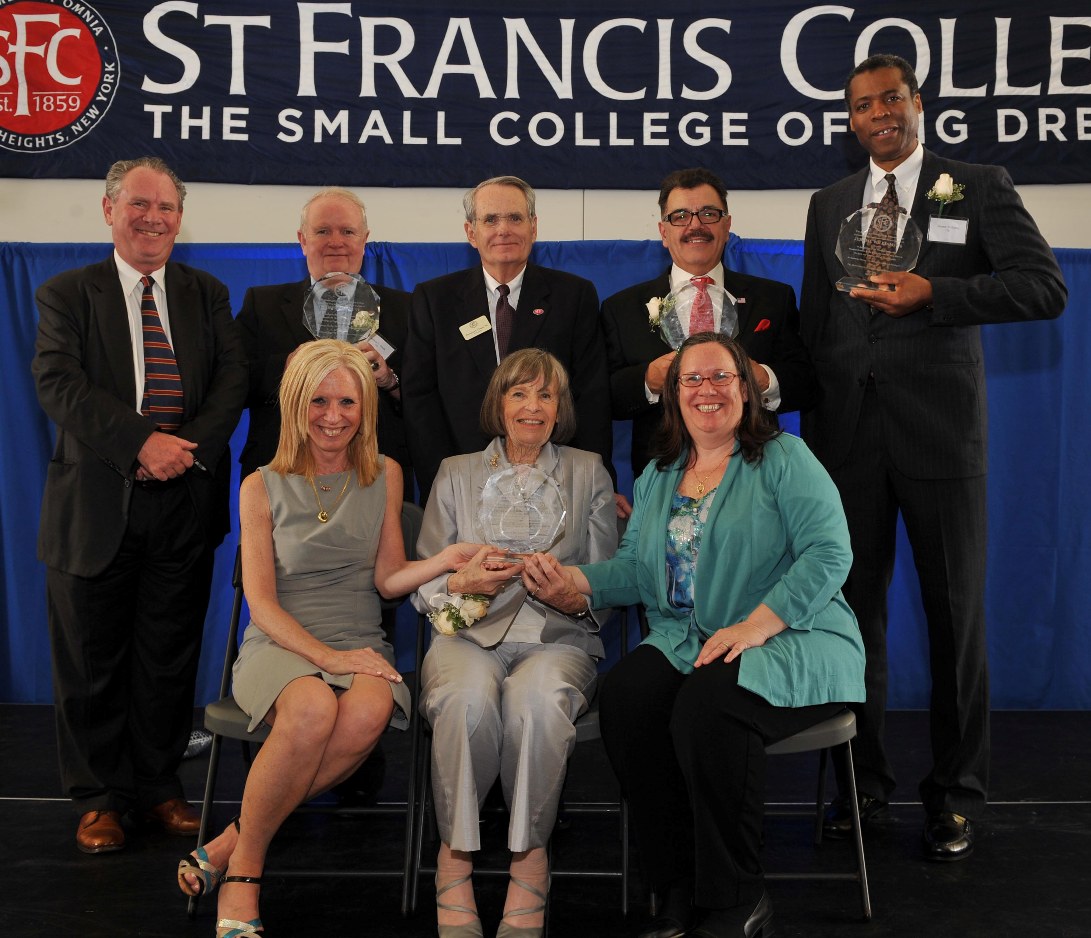 The Alumni Board of Directors Appreciation Award was bestowed upon Myles ’48 (deceased), Marjorie Driscoll ’80 and the Driscoll Family; Robert L. Smith ’72; and Jerome Williams ’76.

Marjorie Driscoll, widow of Myles, said it was her husband’s love for St. Francis College that prompted her to come work at the College before getting her own degree. Their three children are also proud graduates of St. Francis.

Robert Smith, a Senior Claim Examiner with Chartis International Claims, has been an active supporter of St. Francis College for years, helping to reactivate the College’s Athletic Hall of Fame, serving on the Alumni Board of Directors for almost 20 years and actively recruiting St. Francis graduates over the course of his career. He was proud to point to so many members of his extended family that are graduates of the College.

Jerome Williams, has worked at St. Francis College since soon after he graduated in 1976 and is currently the Director of Telecommunications. He is a member of the Athletic Hall of Fame for his prowess on the Men’s Division I Basketball team where he still holds records for Most Career Rebounds and Most Rebounds in a Season. Jerome thanks Brother Roger Nagle, O.S.F. (deceased) for teaching him the true meaning of the Franciscan tradition. He is married to a fellow St. Francis graduate, Patricia ’83. They are the proud parents of two more St. Francis grads, Jerome, Jr. ’06 and Jonathan ’10.