The maintenance is scheduled to take place on the following days: August 16, and August 17. If you experience any problems accessing any of these applications during these dates, please understand the application may be down for migration. SFC IT will be sending out notifications when systems are back online. Thank you for your support and patience during this process.
Academics
December 3, 2015

Paul Beatty, author of the acclaimed novel, The Sellout, spent the night in conversation with Isaac Fitzgerald at St. Francis College for the Walt Whitman Writers Series on December 3, 2015. 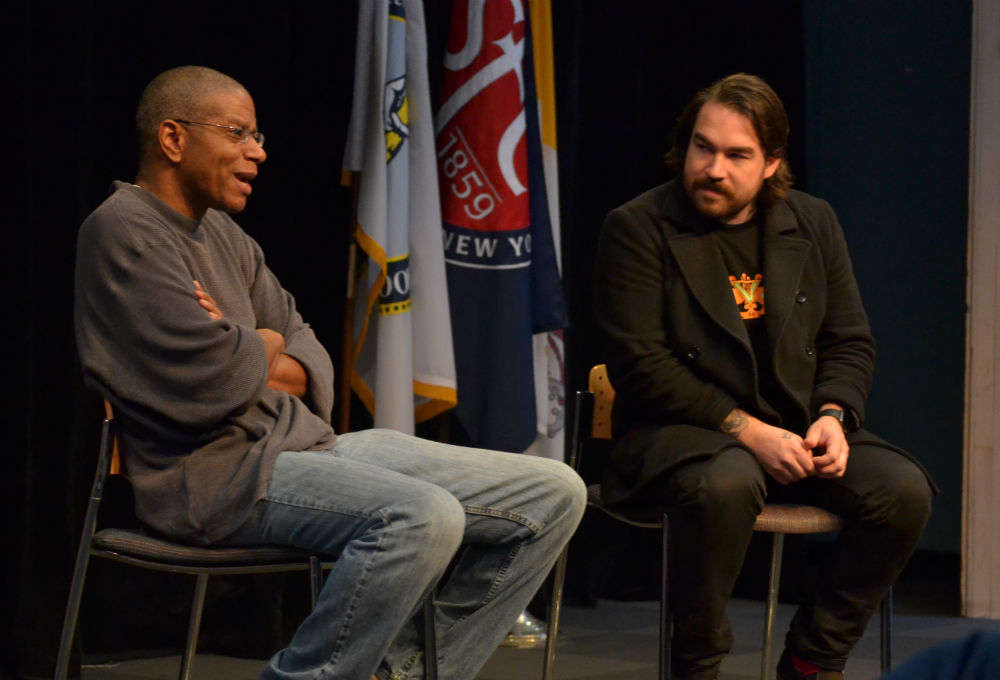 Beatty previously came to St. Francis College during the Brooklyn Book Festival in September. He appeared on a panel with other authors who were selected for the short list of the 2015 St. Francis College Literary Prize. Maud Casey won the award for her book, The Man Who Walked Away.

A biting satire about a young man's isolated upbringing and the race trial that sends him to the Supreme Court, Paul Beatty's The Sellout showcases a comic genius at the top of his game. It challenges the sacred tenets of the United States Constitution, urban life, the civil rights movement, the father-son relationship, and the holy grail of racial equality—the black Chinese restaurant.

Paul Beatty, The Sellout (Farrar, Straus, and Giroux), is the author of the novels, Tuff, Slumberland and The White Boy Shuffle, and the poetry collections Big Bank Take Little Bank and Joker, Joker, Deuce. He was the editor of Hokum: An Anthology of African-American Humor. He lives in New York City.

Isaac Fitzgerald is the editor at Buzzfeed Books and the co-founder of Pen & Ink.