Skip to main content
Upload Proof of Vaccination
Reminder: All students, faculty, and staff must be fully vaccinated against COVID-19 and upload proof as a condition of accessing College buildings (including the residence hall) during the 2021-2022 academic year.
Academics
June 19, 2019 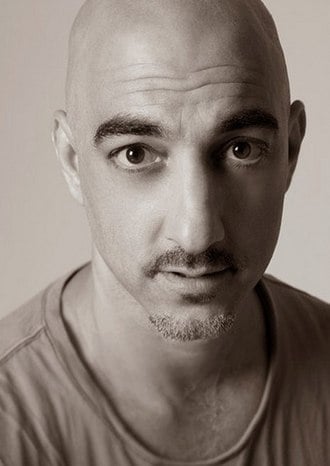 Seth Zvi Rosenfeld will discuss his career as a writer in theater, film, and TV with Ben Snyder, the Dramatic Writing Coordinator for St. Francis College's MFA in Creative Writing Program, as part of the College's Write in Brooklyn discussion series.

For more than 20 years, Rosenfeld has scripted movies and television series to great acclaim. He wrote and directed A Brother's Kiss starring Rosie Perez and John Leguizamo, a 1997 drama about brothers in East Harlem. More recently, he wrote and produced episodes of HBO's How to Make It In America and Netflix's The Get Down.

An Evening With Seth Zvi Rosenfeld is the third event produced by Write in Brooklyn, a new St. Francis College MFA discussion series with prominent writers from a range of genres. Prior participants include Dominique Morisseau, the Tony-nominated book-writer of the Broadway smash musical Ain't Too Proud—The Life and Times of the Temptations, young adult novelist Jason Reynolds and author/actor Amber Tamblyn.

Interviewer Ben Snyder is also an accomplished playwright and screenwriter. His feature film directorial debut, 11:55, with Julia Stiles and John Leguizamo is currently streaming on Showtime. His original TV pilot, Nobody's Nobody's is in development with Warner Brothers Digital. He was the Story Consultant for the award-winning documentary The Wolfpack. His plays have been produced at P.S. 122, The Vineyard Theater, Crossroads Theatre, The Apollo Theater, New York Stage and Film, and at HBO's U.S. Comedy Arts Festival.

An Evening With Seth Zvi Rosenfeld is free and open to the public. To register, visit bit.ly/writeinbrooklyn.