The maintenance is scheduled to take place on the following days: June 21, June 22, July 11, July 13, August 1, August 3, August 16, and August 17. If you experience any problems accessing any of these applications during these dates, please understand the application may be down for migration. SFC IT will be sending out notifications when systems are back online. Thank you for your support and patience during this process.
Academics
April 5, 2016 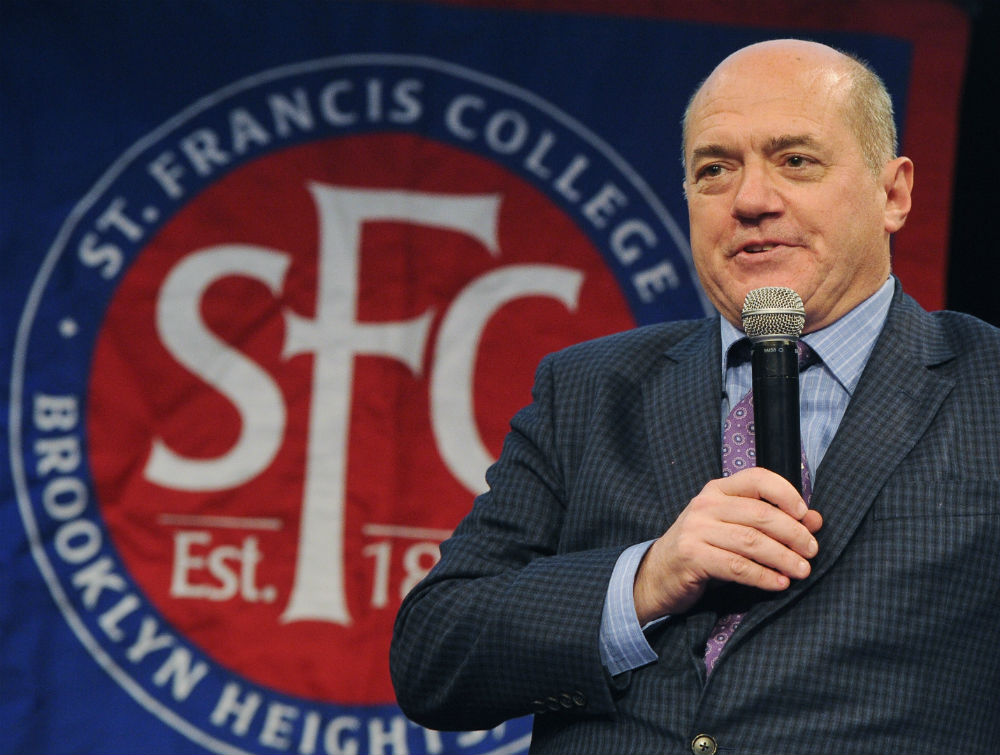 St. Francis College's Center for Entrepreneurship seeks to stimulate and promote entrepreneurial activity in Brooklyn that leads to creation of sustainable socioeconomic value. The Center seeks to create synergistic partnerships with Brooklyn-based entrepreneurs by providing them with access to faculty experts through two channels: value-added programs of research and education that helps the entrepreneur bridge the knowledge gap and providing entrepreneurs with a toolbox of resources through the Center's Open Virtual Incubator. The Center seeks to create socially responsible and robust entrepreneurial activity with its Brooklyn-based business partners.

Steve Mariotti left a successful business career in 1982 to become a Special Ed teacher in such New York City neighborhoods as East New York, Brooklyn, and Fort Apache in the South Bronx. Frustrated by his rowdy classrooms, Mariotti discovered he could reach and motivate his students by teaching them to run small businesses. This experience inspired him to create NFTE in 1987 to bring entrepreneurship education to low-income youth, and empower them to create their own pathways out of poverty. Over 600,000 young people worldwide have graduated from NFTE programs since.Mariotti is a regular contributor to the Huffington Post and the author of The Young Entrepreneur's Guide to Starting and Running a Business, Entrepreneurship: Owning Your Future, Entrepreneurship and Small Business Management, and Entrepreneurs In Profile.

Also on the panel were:

Walt Pearson joined Brown Capital Management in 2005-he is a 30-year industry veteran. Prior to joining the firm, Walt served as a managing director and senior portfolio manager at Putnam Investments and as an SVP and senior portfolio manager at Alliance Bernstein Capital Management. He holds an MBA in finance from the Harvard Graduate School of Business Administration and a BS in management from St. Francis College-he is a 2006 Graduate of the Greater Baltimore Committee Leadership Program. Walt is a former board member of the Center for Urban Families, Baltimore School for the Arts, Garrison Forest School Investment Committee, the Park School Investment Committee, and the Alex Brown Center for Entrepreneurship at the University of Maryland Baltimore County. In addition, Walt served on the board of the Network for Teaching Entrepreneurship for over 10 years. One of the founding members of the National Association of Securities Professionals (NASP) Boston chapter, Walt was named the organization's first president. Currently, Walt serves on the board of trustees for the Baltimore Community Foundation.

Kiante Young is a passionate author and entrepreneur from Harlem who has worked hard to accomplish his goals. Known for years as The Sneaker Mann, he used to travel America promoting footwear trends on morning news shows. These days, he is working with Brightline Interactive in their business development department and is writing novels. After releasing the short story, Vin Jance is Mine!, he is set to release an action-packed novel entitled, Ninjas in Brooklyn.

Joe Seldner has been a Pulitzer Prize-nominated journalist, an Emmy-nominated producer, creative executive to Tom Hanks, chief speechwriter to a governor, and started and ran a news division of a cable TV company. He has an MBA from Yale and degrees in Journalism and Psychology from Columbia. He climbed to the summit of Mount Kilimanjaro in 2013, and continues to take on challenges that allow him to pretend he isn't getting old. He raised his two children on his own from very young ages – and they still talk to him.

Rodney Walker, a Chicago native, has a Bachelors degree from Morehouse College and a Masters degree from Yale University. He is the founder of Forever Life Productions, a company that creates custom videos for special occasions and events. Along with his production company, Rodney travels both nationally and internationally, speaking at public schools, corporations, and conferences about the importance of education, entrepreneurship education, mentoring at-risk youth, and corporate philanthropy for non-profit organizations aimed to uplift and support at-risk youth. Rodney is the author of an educational memoir titled "A New Day One: Trauma, Grace, and a Young Man's Journey from Foster Care to Yale.