Skip to main content
Upload Proof of Vaccination
Reminder: All students, faculty, and staff must be fully vaccinated against COVID-19 and upload proof as a condition of accessing College buildings (including the residence hall) during the 2021-2022 academic year.
March 20, 2019 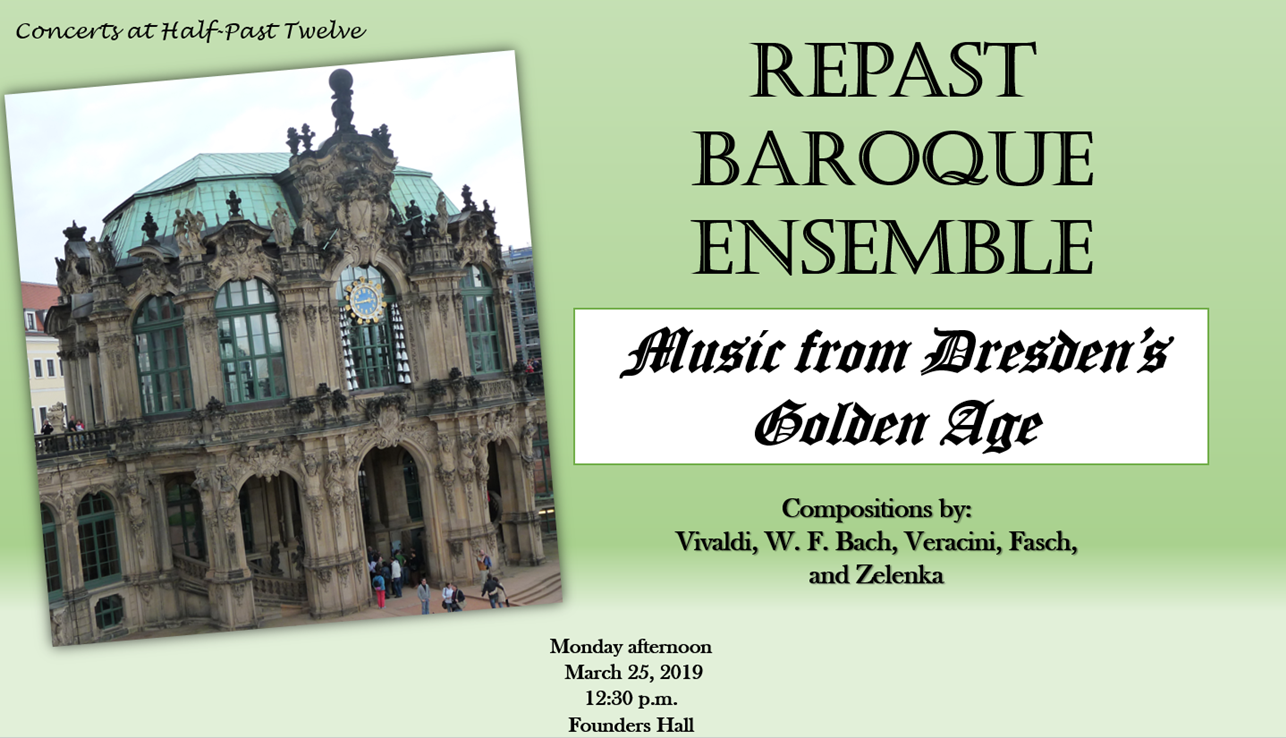 Concerts at Half Past Twelve returns for the second performance of the spring series, with members of the acclaimed Repast Baroque Ensemble performing music from the Golden Age of Dresden, a period in the early and mid-eighteenth century during which composers in the German city created some of the most timeless Baroque music.

Preceding the concert, Dr. Suzanne Fosberg, Professor and Chair of the Department of Foreign Languages, Fine Arts and International Cultural Studies and the series' artistic director, will give a lecture entitled Dresden Then and Now that provides historical context for the performance.

Now in its 19th year, Concerts at Half Past Twelve has become a signature live musical event for the St. Francis and Brooklyn Heights communities. It opened its spring 2019 season on February 11th with a performance by Ensemble Luini, featuring renaissance music from Josquin Desprez to John Dowland.