The maintenance is scheduled to take place on the following days: June 21, June 22, July 11, July 13, August 1, August 3, August 16, and August 17. If you experience any problems accessing any of these applications during these dates, please understand the application may be down for migration. SFC IT will be sending out notifications when systems are back online. Thank you for your support and patience during this process.
Honors & Awards
October 20, 2009

With a practiced, determined reading style that drew out pools of raw emotions touched with humor, author Rick Moody presented two of his works to a packed audience for the latest installment of the Walt Whitman Writers Series at the St. Francis College Maroney Forum for Arts, Culture & Education on Tuesday, October 20. (Watch an interview with student Noel T. Jones)

Moody, the author of Garden State (Pushcart Press Editors' Book Award) and The Ice Storm (made into a major motion picture) began the lecture with a reading of "Boys" from his story collection, Demonology. He followed with a portion from his upcoming novel, The Four Fingers of Death. (Watch Rick Moody's Reading) 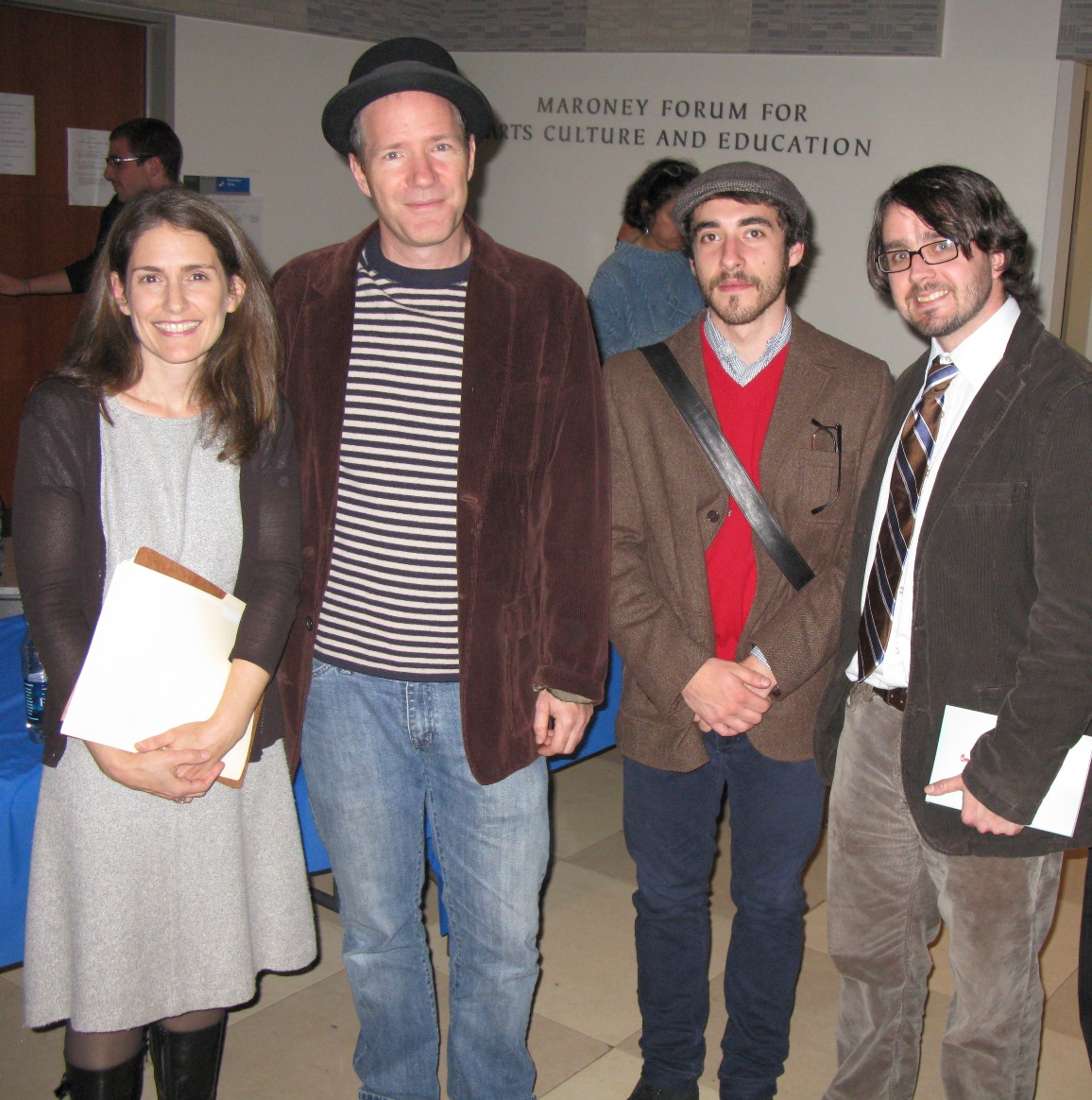 Moody explained that the name of one of the characters from the book was the result of an auction to raise money to protect First Amendment rights. That name, Montese Crandall, soon took over the narrative and became the "author" of a 90 page story within the larger novel.

After the reading, members of the audience were invited to ask questions and then meet Moody during a reception and book signing.

Rick Moody's other work includes: Purple America, The Diviners; two collections of stories, The Ring of Brightest Angels Around Heaven and Demonology; and a memoir, The Black Veil, winner of the PEN/ Martha Albrand Award. He has also received the Addison Metcalf Award, the Paris Review's Aga Khan Prize, and a Guggenheim Fellowship.

Moody is the third author brought to campus for the Walt Whitman Series, which is sponsored by St. Francis College, the Department of English and the Academic Dean's Office and headed up by St. Francis English Professors Athena Devlin and Ian Maloney. The first two authors to come to the College were Darcey Steinke (Easter Everywhere) and Jonathan Lethem (Motherless Brooklyn, The Fortress of Solitude).

Walt Whitman, a long-time Brooklyn resident who often included the then-city of Brooklyn in his work, was a natural choice to be honored by naming the writer series for him.