Skip to main content
Upload Proof of Vaccination
Reminder: All students, faculty, and staff must be fully vaccinated against COVID-19 and upload proof as a condition of accessing College buildings (including the residence hall) during the 2021-2022 academic year.
Academics
April 27, 2018

Four member of the society offered their views while others were able to ask questions and offer their own thoughts.

Topics included policies on Chain Migration, the Visa Lottery, the Border Wall, Sanctuary Cities, and others. 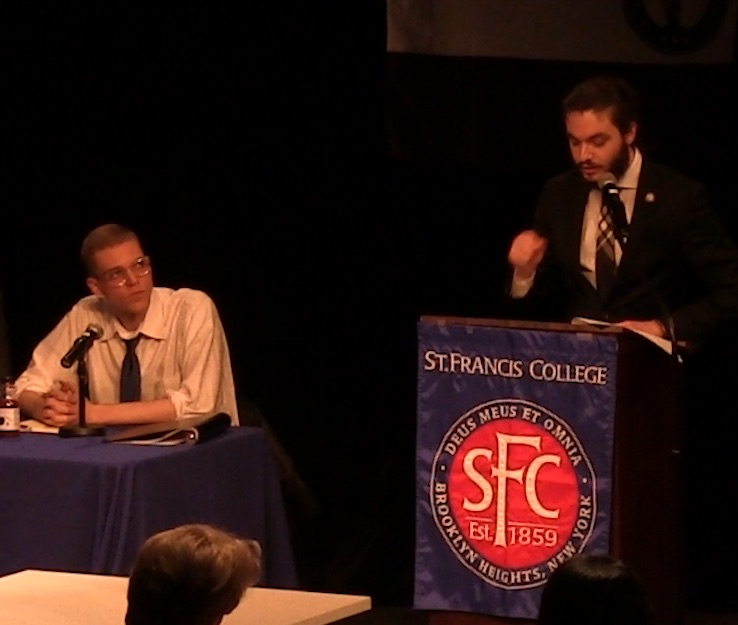 The debate was moderated by Ryan Elkassem '21 (History Major).

The Thomas More Pre-Law Society holds events every semester to teach and prepare St. Francis College students for law school and careers in the law. In the spring they also welcomed back Federal Justice Margo Brodie '88, who sits on the bench in the Eastern District, just a couple of blocks from the St. Francis campus in Brooklyn Heights.