The maintenance is scheduled to take place on the following days: June 21, June 22, July 11, July 13, August 1, August 3, August 16, and August 17. If you experience any problems accessing any of these applications during these dates, please understand the application may be down for migration. SFC IT will be sending out notifications when systems are back online. Thank you for your support and patience during this process.
Academics
December 22, 2015

It was a challenge, and a class assignment. St. Francis College students from the Psychology Seminar Persuasion & Propaganda had to raise money for a cause. 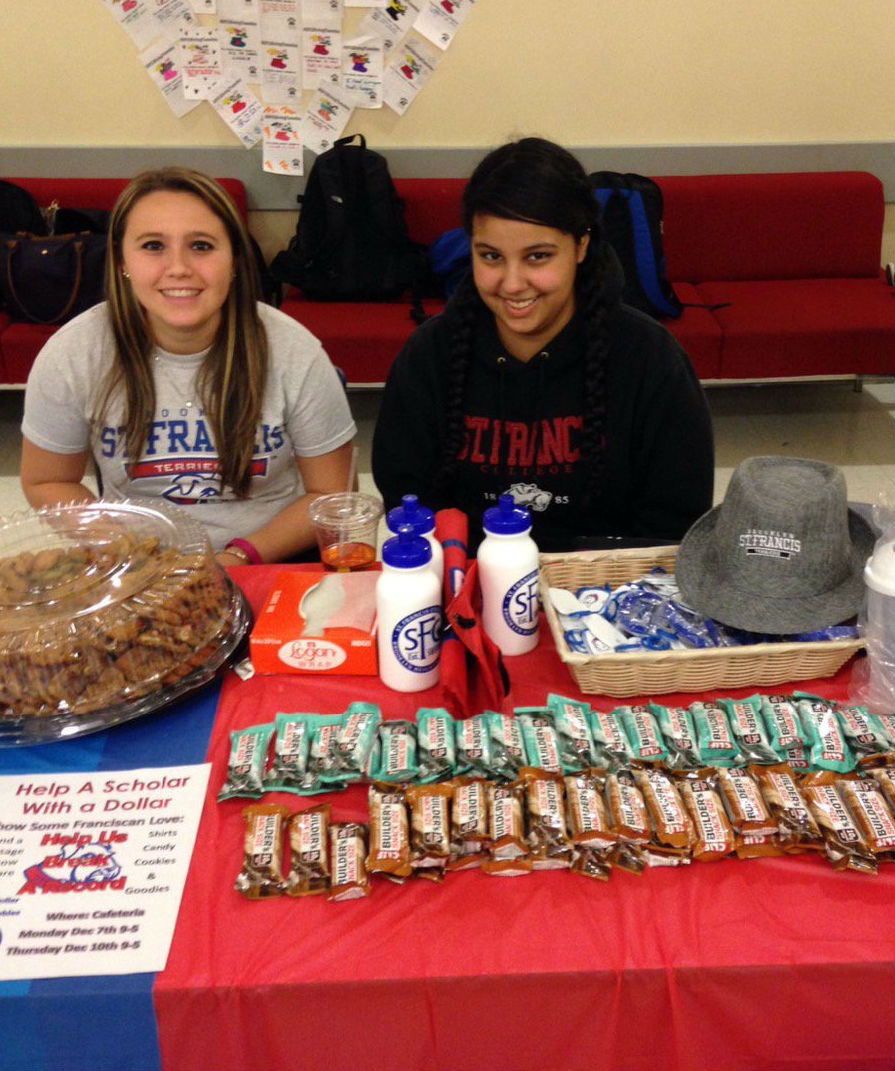 Over two days, the Dollar for a Scholar / Terriers for Terriers fundraiser brought in a total of $1,050, including a generous matching grant.

"The main challenges we faced were getting the word out and getting people to care about our cause when there are so many causes to choose from. We tried our best to spread the word by flyers, word of mouth, and the use of social media," said Ramon Perez '16.

The student are splitting the money between two causes, to help send a student on a weekend long Franciscan Pilgrimage to Assisi, Italy and a donation to the Robert J. McGuire Scholarship.

"So much of the SFC community helped us reach our goals and it feels great to have been able to be a part of that," added Gisbel Acosta '16.

"We are proud to have been able to use a class project that spoke to our Franciscan heritage (while employing the persuasion techniques covered in the course)," said Psychology Professor Michele Hirsch.

To make their campaign a success, students took to social media to tease the coming fundraiser. On the two days of the campaign they held bake sales and offered spinning wheel of prizes to donors. Students also were able to send positive messages to favorite professors.

Students in the psychology class said by setting the goal at just a dollar they were able to persuade many more people to become donors to their causes. At the same time, others gave more than just one dollar to help out.

"Doing this project has opened my eyes to see how generous my fellow Terriers are," said Brutny F. Placide '16.