The maintenance is scheduled to take place on the following days: June 21, June 22, July 11, July 13, August 1, August 3, August 16, and August 17. If you experience any problems accessing any of these applications during these dates, please understand the application may be down for migration. SFC IT will be sending out notifications when systems are back online. Thank you for your support and patience during this process.
Honors & Awards
May 16, 2017

SFC to Celebrate New Graduate May 24

Please Note: This is a ticketed event. If you do not have a ticket, follow @sfcny on Twitter for a link to watch the ceremony live through the Periscope app.

Hundreds of graduates from the St. Francis College Class of 2017 will be joined by family and friends for the College's spring 2017 commencement ceremony on Pier 2 at Brooklyn Bridge Park on Wednesday, May 24 at 11:00am. A Baccalaureate Mass will be held the night before at 6:00pm at St. Joseph's Co-Cathedral in Brooklyn.

This is the third year St. Francis has held graduation on the water, taking advantage of a beautiful Brooklyn Bridge and downtown Manhattan backdrop to frame the ceremony.

With almost 400 honorees divided into undergraduate and graduate divisions, the College will again recognize two valedictorians. 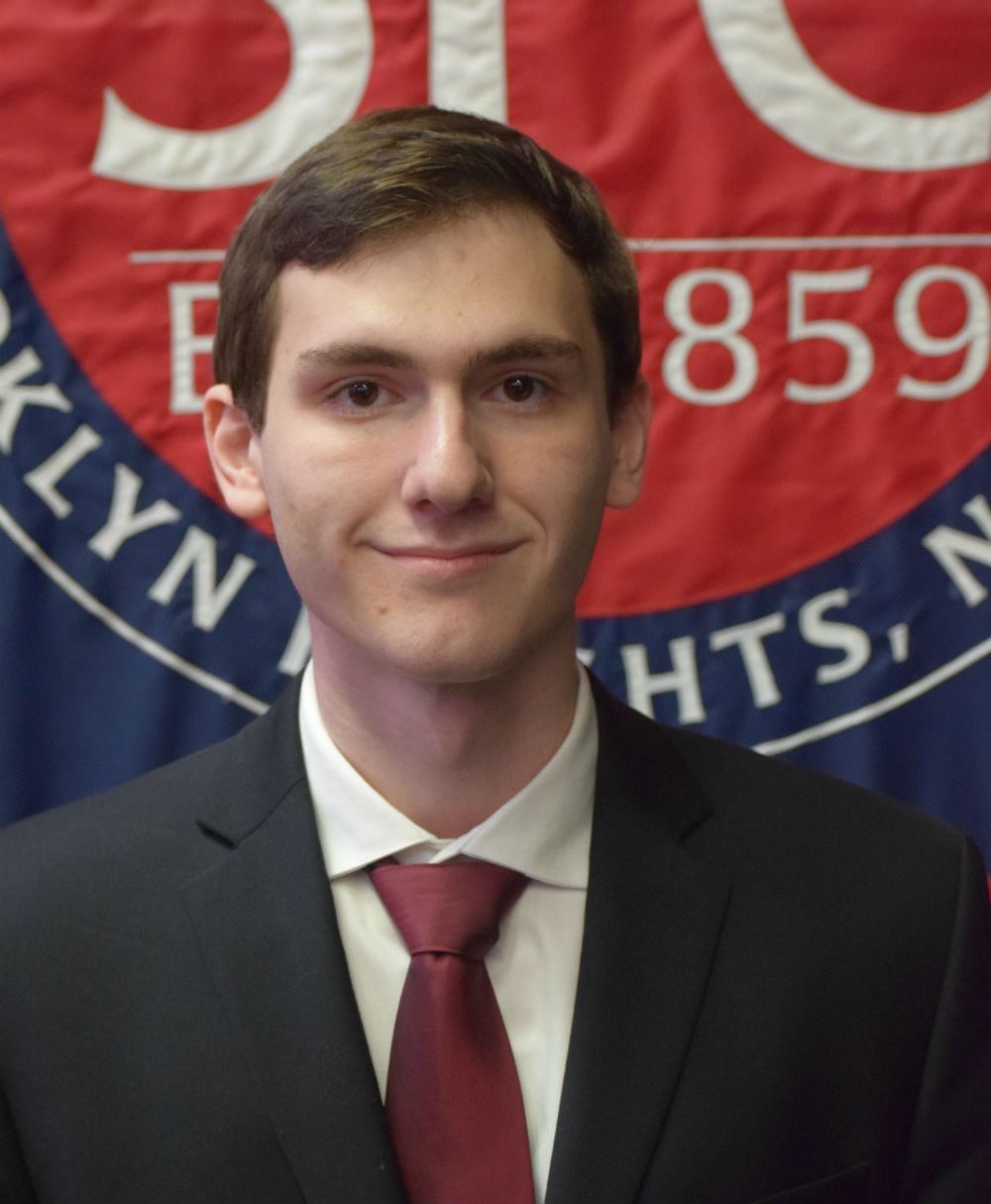 Undergraduate Valedictorian Arber Sejdiu '17, is a Psychology Major and member of the College's Pre-Health Professions Program. He hopes to bridge the fields of psychiatry and medicine by going to medical school and doing dual residencies to become both a psychiatrist and neurologist.

"I plan to help individuals with Neuropsychiatric conditions using the advancements in Neuroscience, while also advancing the field of neuroscience by studying the neurophysiological basis of Psychiatric disorders such as Schizophrenia and Post-Partum Psychosis," writes Arber.

An Albanian-American whose family comes from Kosovo and now lives on Staten Island, Arber was a member of the Duns Scotus honor society, Treasurer of Psi Chi Honor Society chapter and the Psychology club, President of the English Club, and the Editor-in-Chief of The Montage – a student run literary magazine. He also interned with the American Red Cross.

Arber credits Psychology Professor Dr. Kristy Biolsi as a major influence in his studies, most notably teaching him about the relationship between physical stimuli in the environment and psychological perceptions of those stimuli. "From this I became convinced that, although "the dress" looks white and gold, it is in fact blue and black."

The Valedictorian for Graduate Programs will be Sandra Raickovic '17, a member of the Five-Year Combined Bachelor's and 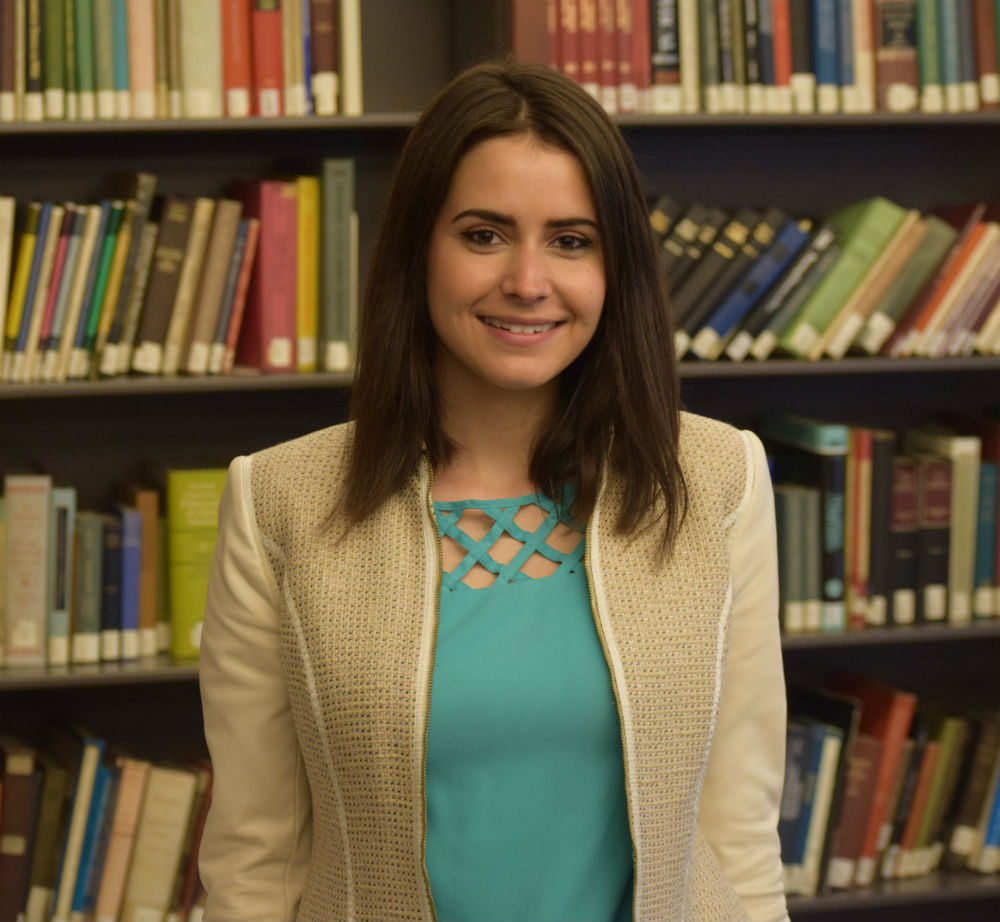 Master's Degree Program in Accounting. Raickovic worked for three years as a Corporate Tax intern at JP Morgan Chase and will continue to work there upon graduation. A native of Belgrade, Serbia, Raickovic was attracted to St. Francis College by academics and athletics, a combination that earned her a full scholarship. A former world class athlete, Sandra competed on the College's Track and Field team in the Triple Jump and Long Jump for four years. Before coming to St. Francis she competed internationally as a professional, representing Serbia as a Finalist at the first Youth Olympic Games in Singapore in 2010 among other world competitions.

"St. Francis made my transition from Serbia effortless, because it embraces students from all over the world and it integrates them in its family-like culture. At St. Francis we all speak the same language – a language of kindness, selflessness, and appreciation," said Sandra.

Pulitzer Prize-Winning Poet Tracy K. Smith will be a special guest at the ceremony, reading and speaking about a poem

composed specifically for the graduating class. A resident of Brooklyn, Smith has written three books of poetry: The Body's Question (2003); Duende (2007); and Life on Mars (2011), which won the 2012 Pulitzer Prize for Poetry. Ms. Smith earned her BA from Harvard University and an MFA in creative writing from Columbia University

The commencement celebration begins a day earlier on Tuesday, May 23 at 6:00pm with a Baccalaureate Mass held at St. Joseph's Co-Cathedral at 865 Pacific Street in Brooklyn. The Most Reverend Paul R. Sanchez, Auxiliary Bishop of Brooklyn will be the main celebrant of the mass.

For those unable to attend graduation, the full ceremony will be streamed live through the Periscope app. To watch, follow @sfcny on Twitter. Then just before commencement begins, look for a link to the live event. Later in the week, a full replay of the ceremony will be available on the St. Francis website (www.sfc.edu).

More information can be found at sfc.edu/commencement.

Among the students graduating are:

Corinne Ramos '17 majored in Health Care Management with a minor in Biology. She travelled a long road to get to graduation, transferring to St. Francis College after her first two school didn't work out. She switched majors multiple times, but the goal of becoming the first member of her family to graduate kept her motivated to press on. "Had I foreseen that SFC would become my second home, I would have transferred sooner," said Corinne. In just two years, she became a member of the Active Minds Club (fighting the stigma of mental illness), Eta Sigma Gamma (Health Education Honor Society), made the Dean's List, and was awarded an Emerging Student Leader award. She was awarded an Achievement Grant, a St. Clare Scholarship and is a recipient of the Frank J. Macchiarola '62 scholarship. Corrine is graduating at the top of the class in Healthcare Management.

"Dr. Michele Montecalvo (Professor, Health Care Management) has been an amazing mentor during my years at SFC. Without her overwhelming, unconditional support, I don't think I could have achieved as much both professionally and academically."

In addition to working a full-time job outside of college, Corinne also worked for the Management Department and Office of Special Events.

Corinne begins graduate school at the University of Central Florida in the fall, working towards a master's degree in Health Administration.

Marco Messina '17 is a Business Management major with a minor in sports Management and co-founder, with Michael Kantaris '18, of Italian Football TV (IFTV), an internet based show that brings the excitement of the Italian Serie A soccer league to an English speaking audience. IFTV has more than 50 thousand followers across its social media channels and almost 1.5 million views of its almost daily videos. In the short time since they began IFTV, they have already worked with multiple professional teams, gone to Italy twice to record videos, and have interviewed a number of top players. The duo recently won the Audience Favorite award and Third Place at the 2017 St. Francis College Entrepreneur Pitch Challenge. Their goal is to turn IFTV into a profitable, stand-alone multimedia company. "We always knew we had something special inside of us, SFC helped us make it a reality," said Marco who credits Mary Gelormino, Eda Sanchez-Persampieri, Dennis Anderson, and Lou Pastina from the Center for Entrepreneurship as well as Richard Relkin (Director of Media relations) "for staying patient with us and guiding our journey."

Tamika De Coteau '17 is a Nursing student who chose St. Francis College over a public college because of the generous scholarship. A transfer student, she balanced her time at SFC with her career as a 14 year veteran in the Army. Tamika has been deployed overseas twice, which has been hard on her two young children, but her time as a Sergeant and a medic is what set her on the path to becoming a nurse. "I want to thank Professor [Eleanor] Kehoe and all the professors for allowing me to be flexible in meeting my military responsibilities while studying at St. Francis," said Tamika. She says her favorite clinical rotation was in Labor and Delivery at NYC Health + Hospitals| Kings County. After she passes her NCLEX exam and becomes a registered nurse, Tamika will decide between becoming an officer in the Army or going to work for a hospital or private medical facility.

Jason Manrique '17 is a History major with a minor in Criminal Justice. He was President of the History Club and Pi Alpha Theta, the History honor society, as well as a delegate in the Model UN, and member of the Latin American Society. Jason also took part in Student Lobby Day, travelling to Albany to meet with elected officials and inform them on education policies. In addition, he went to Segovia, Spain for an intersession where he studied the language and Spanish history. Jason will attend CUNY Graduate Center in the fall for a master's degree in International Studies. His future plans may include a career in public policy, research, or activism focused on environmental or social justice. He thanks History professors Sara Haviland and Eric Platt, as well as Spanish professor Sintia Molina for their guidance and says his fondest memories at St. Francis were events like the recent inauguration of the student government president because they were times when all the different clubs would come together and you could really see the diversity of the college.

Bernadette Dimaano '17 is a Health Promotion & Science major with a minor in Public Health. Her grades earned her a spot on the Dean's list. After graduation she will be working at NYU Lutheran Medical Center while earning a master's degree in Global Public Health. She envisions becoming a nurse as well. Dimaano was a member of the Make A Difference Club on campus and often volunteered on weekends.

"I would like to thank the friends I've made and the relationships that have blossomed over these 4 years. SFC has given me the opportunity to be confident and grow out of my comfort zone. It's been an honor to be able to spend my undergraduate college career at St. Francis," said Bernadette.

Antonio Connolly '17 is a Communication Arts major who took part in a variety of multi-media related activities on campus during his time at St. Francis College. He was Vice President of the Video Game Club and a member of the Anime Club, recorded performances for the Troupers acting company and wrote articles for SFC Today, the student run newspaper. In addition Antonio reported on stories for SFCTV and did various jobs helping to produce Terrier TV. A member of the communication arts honor society Lambda Pi Eta, Antonio has secured an internship at Valiant Entertainment, a comic book, video game, and film company.