The maintenance is scheduled to take place on the following days: June 21, June 22, July 11, July 13, August 1, August 3, August 16, and August 17. If you experience any problems accessing any of these applications during these dates, please understand the application may be down for migration. SFC IT will be sending out notifications when systems are back online. Thank you for your support and patience during this process.
Academics
May 17, 2015

Sixth International Conference on Consciousness, Theatre, Literature, and the Arts

Dozens of scholars, academics, and experts came to St. Francis College from as far away as Russia, the Middle East, Africa, and Australia for the Sixth International Conference on Consciousness, Theatre, Literature, and the Arts from June 10 to June 12.

More than 20 countries were represented at panels that covered topics including: Rebellious Theatre; Women in Poetry, Drama and Prose Fiction; and Consciousness.

Two performances highlighted the three day event. Aurelia Baumgartner, a German scholar known as the “dancing philosopher,” and others delivered a, “finely crafted and choreographed performance that can only be described as art and music in motion,” said St. Francis English Professor and conference co-organizer Gregory Tague.

Baumgartner and Williams-Witherspoon were two of the three Keynote lectures at the conference. The third was co-organizer Daniel Meyer-Dinkgräfe, from University of Lincoln, UK who addressed the question: Can there be theatre without conflict? 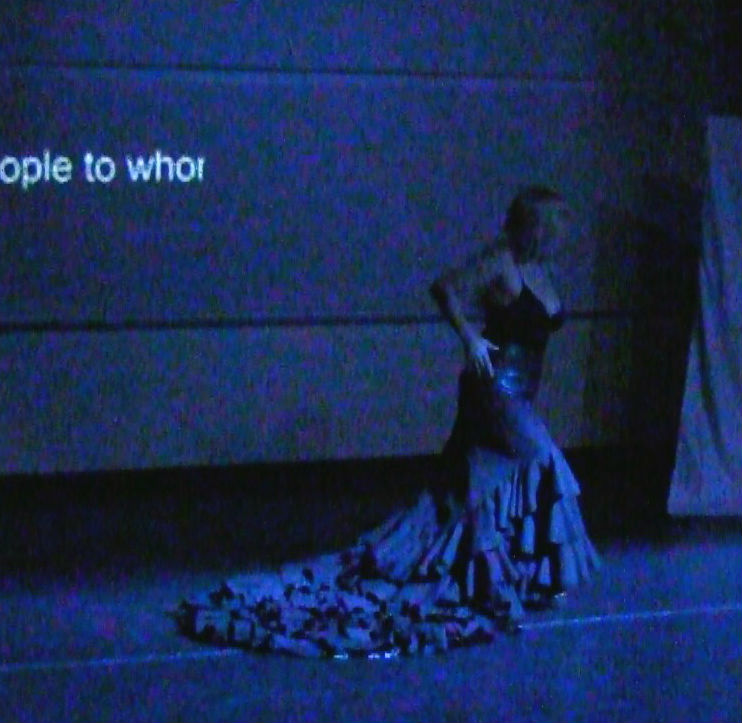 The journal, Consciousness, Literature and the Arts, provides a forum for new work relating the arts and literature to the exploration of consciousness currently flourishing in many disciplines such as philosophy, cognitive science, psychology, neuroscience, computer science, and physics. (More on the journal)

Attached photos: Members of the audience come on stage to dance with Aurelia Baumgartner.