The maintenance is scheduled to take place on the following days: June 21, June 22, July 11, July 13, August 1, August 3, August 16, and August 17. If you experience any problems accessing any of these applications during these dates, please understand the application may be down for migration. SFC IT will be sending out notifications when systems are back online. Thank you for your support and patience during this process.
Academics
April 18, 2010

St. Francis College Athletic Director Irma Garcia, the first Latina to head an NCAA Division I Athletics Department, was recognized as one of the recipients of the 2010 “Mujeres Destacadas Award” by El Diario La Prensa, the premier publication serving New York-area Latinos. The annual Mujeres Destacadas Awards, now in their 15th year, recognizes women from business, industry, government, nonprofit, sports and entertainment who distinguished themselves in their field and have made a difference in their community. 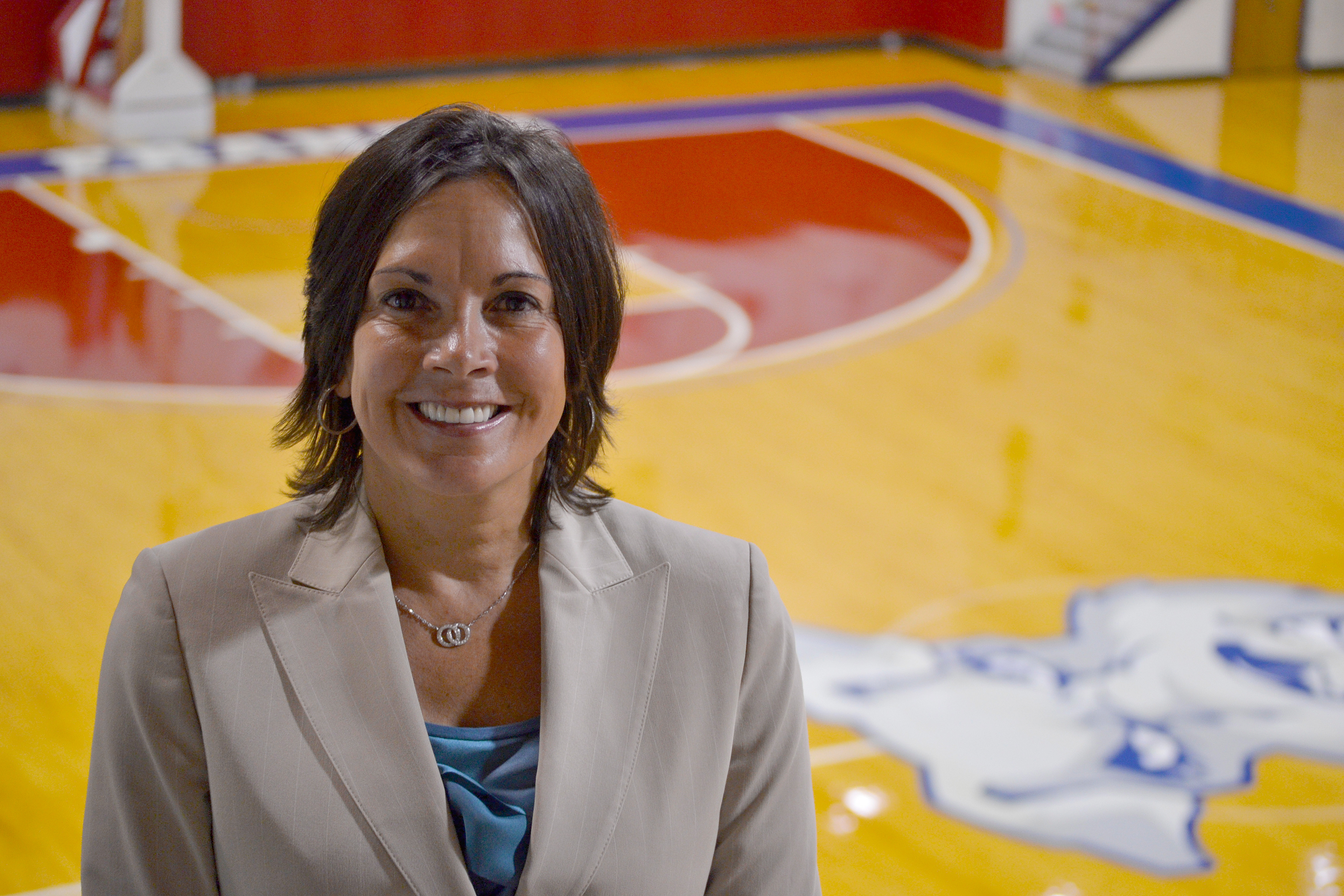 In an effort to bridge the gap between the generations, the event also celebrated a group of Latina teenagers who have demonstrated academic excellence and a commitment to their communities.

“It was an honor to be in a group of such successful women leaders,’ said Director of Athletics Garcia. “I think we all made connections that we will carry forward for many years to come. In particular, meeting with the teenagers gives me great confidence that our future is in good hands.”

AD Garcia was one of more than 30 women who received the award at the Mandarin Oriental Hotel on April 18. Among the other recipients are Gabriela García, Dance Captain for CHICAGO (the Broadway musical), Julissa Bermúdez, TV Host and Actress, Frances Negrón-Muntaner, PhD, Associate Professor of English and Comparative Literature and director of The Center For Study of Ethnicity and Race at Columbia University, Amelia de Dios Romero, Sr. Brand Manager, Girls Scouts of the USA and Margarita Rosa, Executive Director of Grand Street Settlement who also delivered the keynote speech. Previous winners include Supreme Court Justice, Sonia Sotomayor and CNN anchor and special correspondent, Soledad O’Brien.

Irma Garcia has been a part of St. Francis College Athletics for the past 23 years as a student-athlete, coach and administrator. In the summer of 2007, Garcia was named the Terriers’ Director of Athletics making her the first Hispanic female to lead a Division I program. Garcia’s leadership, compassion and dedication to the St. Francis College Department of Athletics has touched many and her induction to the College’s Hall of Fame in 2005 was a well deserved honor.

In 1976, Garcia entered St. Francis College as a student-athlete on the women’s basketball team. Upon graduation, she began her career as a physical education teacher and girls’ basketball coach at St. Joseph by the Sea on Staten Island. Garcia returned to St. Francis in 1988 when she was named the 8th women’s basketball coach in St. Francis College history. During Irma’s 11-year tenure, her players and teams received many individual and collective honors. Under her guidance, 12 of her women’s basketball players were honored on post-season Northeast Conference (NEC) teams (four NEC First-Team All-Conference Players, two NEC Second-Team All-Conference Players, five NEC All-Rookie Team Players, and one Newcomer of the Year).

She also served as Senior Woman Administrator and Associate Athletic Director before assuming her current position.

Established in 1913, El Diario La Prensa is the oldest Spanish –language newspaper in United States. With a quarter million readers a day; it is the most widely read Spanish-language newspaper in New York and the third largest in the Country. El Diario La Prensa is part of impreMedia, the number one company Hispanic news and Information Company in United States in online and print.