Skip to main content
Upload Proof of Vaccination
Reminder: All students, faculty, and staff must be fully vaccinated against COVID-19 and upload proof as a condition of accessing College buildings (including the residence hall) during the 2021-2022 academic year.
Athletics
December 10, 2018 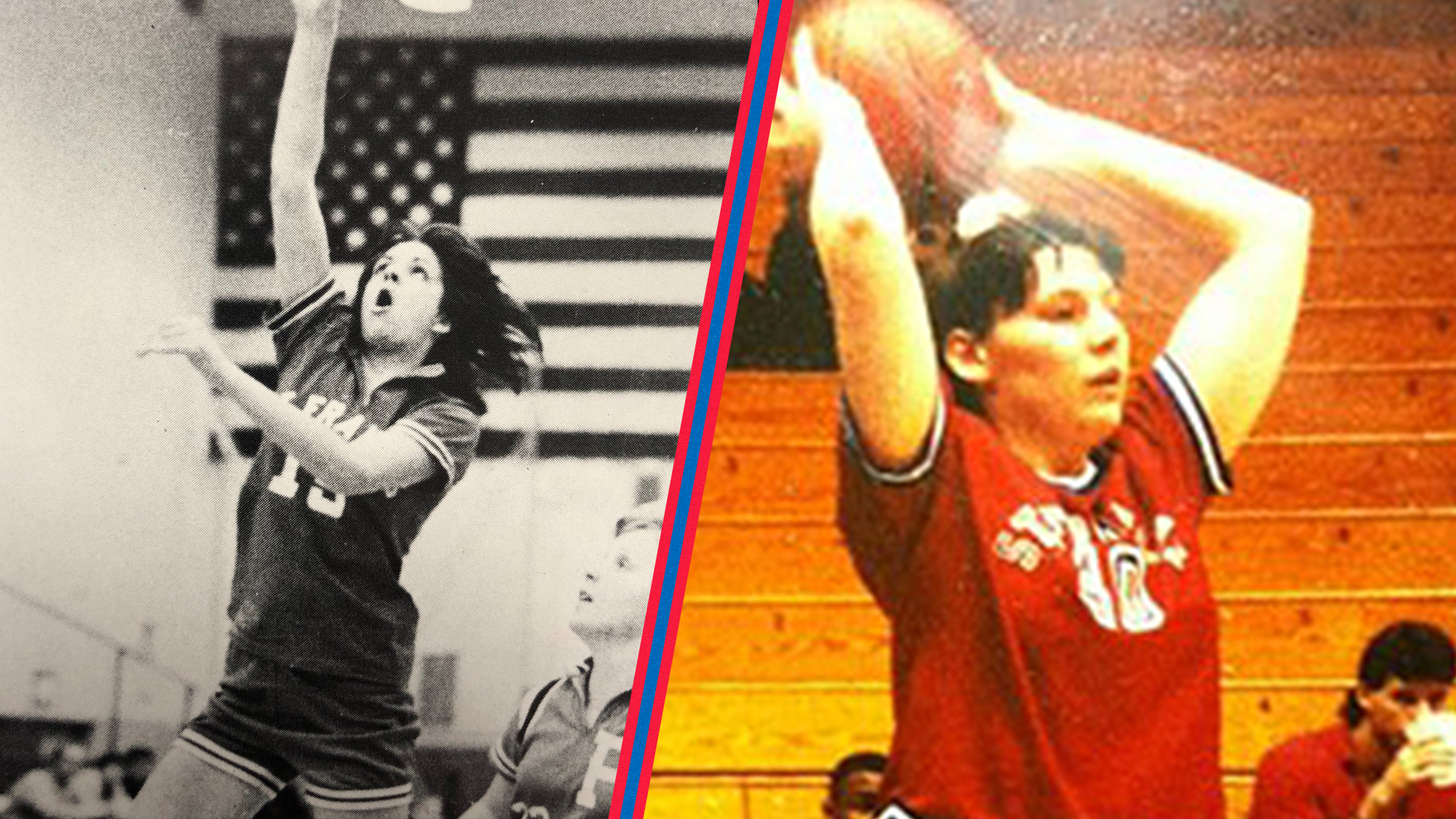 St. Francis Brooklyn Director of Athletics Irma Garcia today announced that women's basketball legends, Jeanne Zatorski '79, and Karen Erving-Schiera '91 are set to have their jersey numbers retired during the 2018-19 season. It is the first time in history that former women's basketball student-athletes at St. Francis Brooklyn will have their numbers retired by the program. As part of the larger St. Francis College campaign celebrating 50 years of educating women in the 160-year history of the College, this announcement kick-starts the athletic initiatives to support and honor Terrier excellence through our female athletic Alumnae.

"We are proud to announce the jersey number retirements of two basketball legends here at St. Francis College," said Director of Athletics Irma Garcia. "Jeanne and Karen are historic figures in the St. Francis community and are both extremely deserving of this prestigious honor. We look forward to seeing both of their jerseys retired and celebrating these special days with Jeanne, Karen, and their families."

Zatorski's number 15 is set to be retired during halftime of the women's basketball game against Albany on Saturday, December 15. Erving's number 40 will be raised next to Zatorski's number 15 on Sunday, February 9, against Fairleigh Dickinson at halftime. Both contests are scheduled for a 1 p.m. tip-off at the Pope Physical Education Center the home of the brand-new state of the art Peter Aquilone Court.

Both days have been given special themes to commemorate the excellence of both Zatorski and Erving. The Terriers will celebrate "15 for 15" in honor of Zatorski's number 15 being enshrined in the Pope Physical Education Center on December 15. A week of honoring Terrier excellence through celebrations for each one of our women's athletic programs here at the College wraps up on February 9, with "Karen Fest"- a ceremony that will ensue as Erving's number 40 gets cemented in Terriers history.

Zatorski's name is scattered throughout the St. Francis Brooklyn women's basketball record book. She is the Terriers' third all-time leading scorer with 1,704 career points and ranks third in career rebounds with 878. Zatorski has converted the second-most field goals in St. Francis Brooklyn women's basketball history (765) and is 11th in career field goal percentage (45.4%).

She scored over 450 points in a season twice in her career. Zatorski tallied 468 points in 1977-78 and 456 points in 1978-79. Those totals are good for ninth and 11th place respectively on the Terriers' single-season scoring list.

Erving is an all-time basketball great in the Tristate area. She was inducted into the St. Francis Brooklyn Athletics Hall of Fame in 1997 just six years after her graduation.

She is just one of two St. Francis Brooklyn basketball student-athletes to compile over 1,500 career points and 1,000 career rebounds. Erving is the only member of the women's basketball program to accomplish that historic feat.

For more information on the jersey retirements of Jeanne Zatorski and Karen Erving visit SFCAthletics.com.