Skip to main content
Upload Proof of Vaccination
Reminder: All students, faculty, and staff must be fully vaccinated against COVID-19 and upload proof as a condition of accessing College buildings (including the residence hall) during the 2021-2022 academic year.
Academics
September 16, 2019 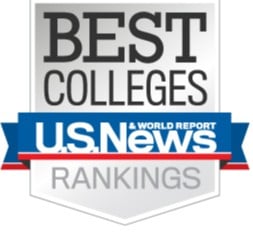 U.S. News ranked nearly 1,400 colleges and universities for the 35th edition of the rankings, which were unveiled last week. The study groups schools into 10 different categories based on geography and academic emphasis. The Regional Colleges North category includes SFC and other schools that are located in Northeastern United States, focus on undergraduate education and grant fewer than one-half of their degrees in liberal arts disciplines.

Among 58 northern regional colleges ranked in the study, SFC came in 13th for overall academic quality and placed in the top 10 on the following lists:

"For more than three decades, we've collected and analyzed data on thousands of colleges and universities across the country and helped put schools on the map," said Kim Castro, editor and chief content officer of U.S. News, in a press release. "We've found the best institutions to be ones committed to academically and financially supporting their students through graduation. They draw in high-quality professors and set students up for postgraduate success."

St. Francis College has a long history of providing an affordable, quality private education, with 87 percent of its student body receiving institutional aid averaging more than $11,000 per student.

SFC has bolstered its support of students with military experience in recent years, too. It is now a designated Military Friendly® School, a Yellow Ribbon Program participant and, along with the New York City Department of Education, recently launched New York State's only chapter of Troops to Teachers, a federal program that helps military members and veterans transition to K-12 teaching jobs.