The maintenance is scheduled to take place on the following days: June 21, June 22, July 11, July 13, August 1, August 3, August 16, and August 17. If you experience any problems accessing any of these applications during these dates, please understand the application may be down for migration. SFC IT will be sending out notifications when systems are back online. Thank you for your support and patience during this process.
Academics
April 20, 2009

A nation of people who give back to their country is how Senator Dr. The Hon. Ronald Robinson, the Jamaican Minister of State from the Ministry of Foreign Affairs and Foreign Trade, described his fellow Jamaicans, particularly those who live abroad at a breakfast hosted Monday, April 20 at St. Francis College. Minister Robinson described how 3 million Jamaican nationals, a number equal to the population that live on the island, have contributed billions of dollars in recent years to the Jamaican economy. 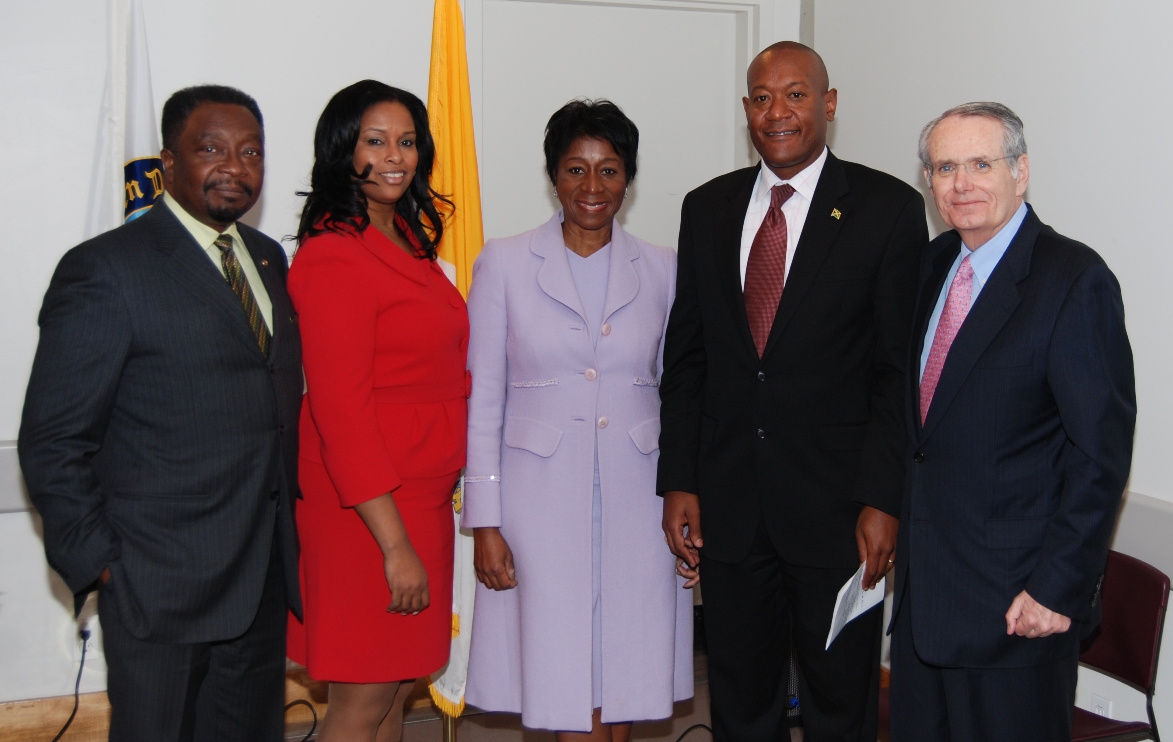 While Minister Robinson conceded that there are struggles ahead he pointed out that in a country which has produced heroes ranging from Bob Marley to Professor Anthony Chen (a member of the team of scientists who shared the Nobel Prize with Vice President Al Gore) to Olympic Champions Usain Bolt and Shelly-Ann Fraser, Jamaicans have a strong sense of optimism and the belief that anything can be accomplished.

Among the students who spoke with the Minister are Dean Brown and Atoya Webb, two Jamaican nationals who compete on the St. Francis College Track & Field team. Brown, who ranks as the best High Jumper in the Northeast Conference, will hopefully be seeing Minister Robinson again this weekend with a gold medal around his neck as he competes at the Penn Relays in Philadelphia, which is also the last stop on the Minister’s tour. 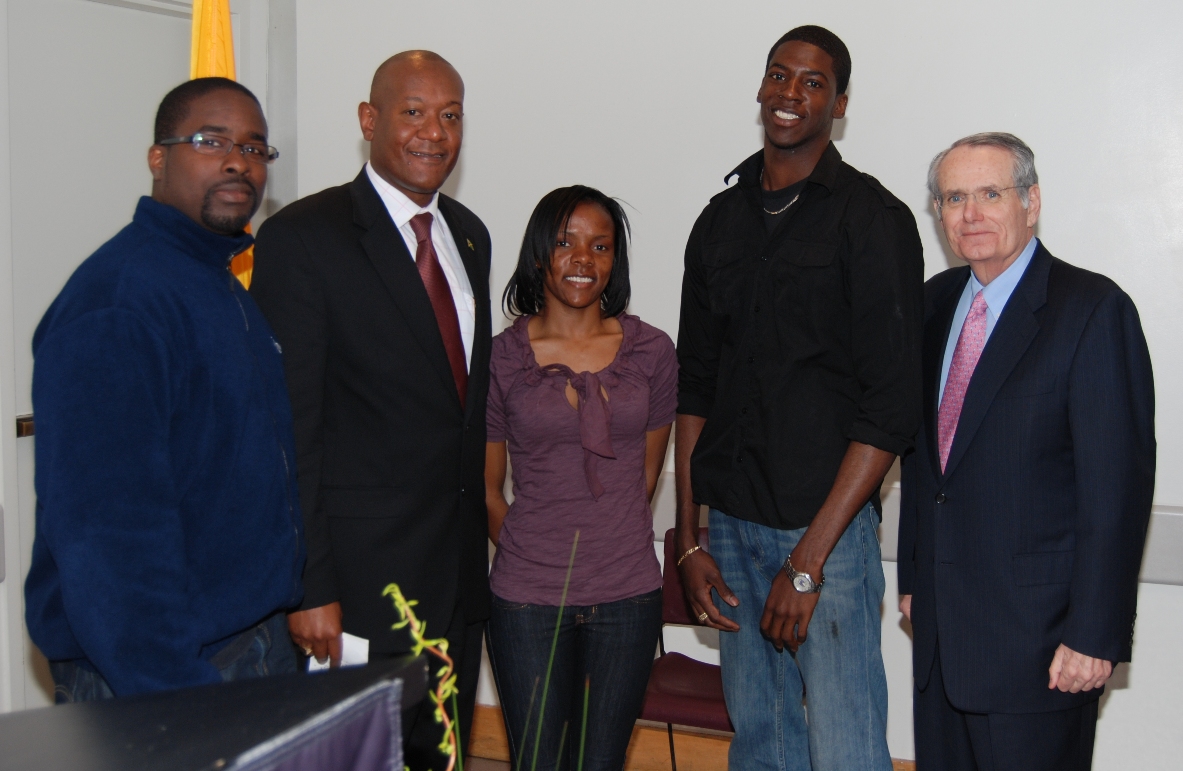 The breakfast is part of a four state tour for Dr. Robinson, who will visit communities that account for a combined 600,000 Jamaicans, more than half the total number of nationals residing in the United States, and are considered pivotal to the Diaspora movement, something Dr. Robinson has worked hard to strengthen.

Dr. Ronald Robinson was appointed Senator and Minister of State in September 2007. He joined the Jamaica Defence Force 3rd Jamaica Regiment where he served for some three years before attending the University of the West Indies, Mona where he obtained a Bachelor of Science in Biochemistry and a Doctorate in Physical and Bioinorganic Chemistry.

Minister Robinson's tour is being coordinated by the Consulate General of Jamaica in New York with the support of the Jamaica Diaspora Advisory Board North East United States; Jamaica Organisation of New Jersey (JON-J), and Jamaica Impact (JAMPACT), Inc.