Skip to main content
Upload Proof of Vaccination
Reminder: All students, faculty, and staff must be fully vaccinated against COVID-19 and upload proof as a condition of accessing College buildings (including the residence hall) during the 2021-2022 academic year.
Academics
November 4, 2010

The Merit of Honor for Distinguished Service was begun in 1971 to recognize emeritus alumni who have given distinguished service to the nation, the University of Utah, their community and or their profession 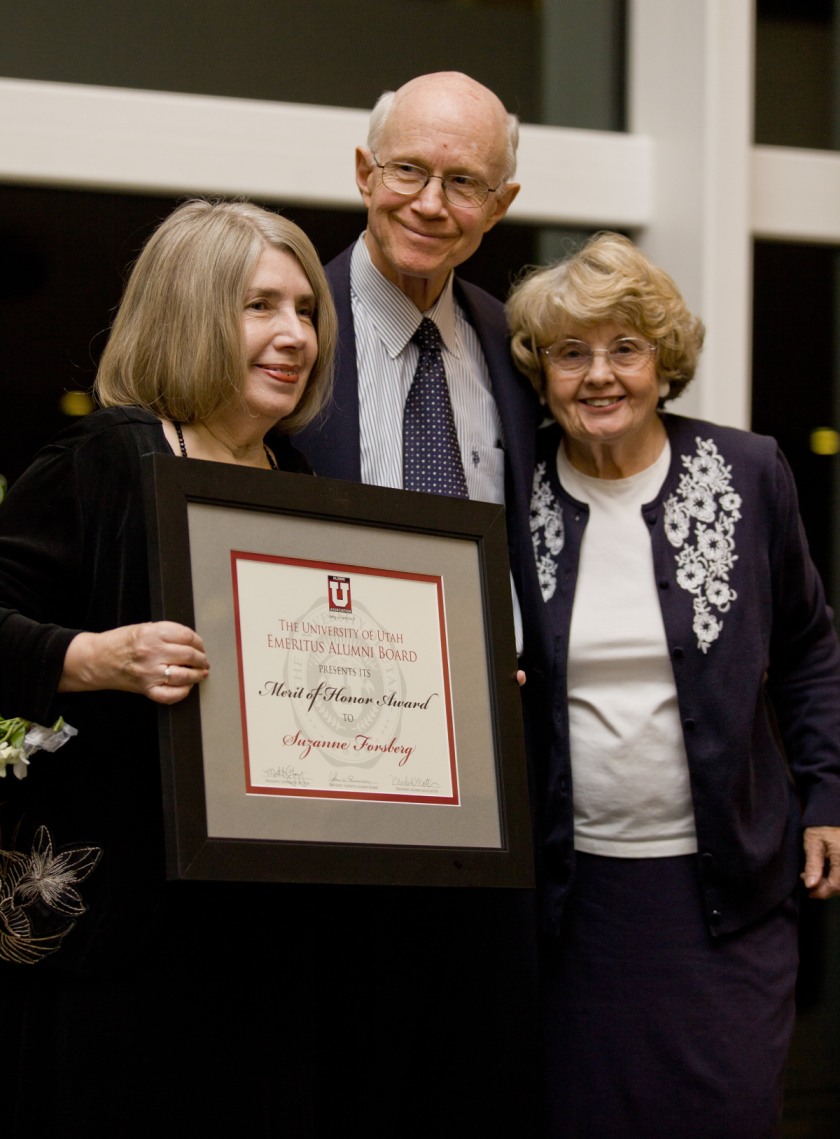 Suzanne Forsberg received an M.A. from Harvard and a Ph.D. from NYU in Historical Musicology. She has a broad range of expertise in music of the 18th century, particularly the early symphony. In addition to co-authoring a volume in the Garland Series, The Symphony 1720-1840, she has contributed to such publications as The New Grove Dictionary of Music and Musicians. The recipient of a Woodrow Wilson Fellowship, she conducted scholarly research in Europe funded by the German Academic Exchange Service. Dr. Forsberg has served on the board of the International Society for Eighteenth-Century Music and was chair of its Fourth Biennial Meeting (April 2010) at St. Francis College. She has also participated in the Speakers in the Humanities Program, sponsored by the New York Council for the Humanities. Her lecture on Johann Sebastian Bach was featured during the NYC Early Music Festival.

She is the founder and director of Concerts at Half-Past Twelve, a series serving the St. Francis College community. The next concert will be Monday, December 6 at 12:30 and features Theater Songs & Arias by noted librettist, novelist and playwright Terry Quinn.