Skip to main content
Upload Proof of Vaccination
Reminder: All students, faculty, and staff must be fully vaccinated against COVID-19 and upload proof as a condition of accessing College buildings (including the residence hall) during the 2021-2022 academic year.
Academics
July 19, 2009

It was a banner year for St. Francis College student athletes, not just on the fields but in the classroom as dozens of men and women across all sports were honored for their academic excellence in numerous areas.

For the winter sports season in the Northeast Conference, the winner of the first ever Winter Scholar-Athlete Award in Women’s Bowling was Junior Alexandra Stein (Brooklyn, NY/Lincoln). Stein posted a team-best 186.5 overall season average and compiled four 200+ scores (212, 245, 224 and 221) over the course of three NEC competitions this year for the Terriers. She rolled 150 strikes during NEC play, and her 2,871 pinfall total over 15 traditional team games (191.4 average) ranked her in the top-10 in the conference. In an outstanding performance during the second NEC meet, she filled all 20 frames against Long Island and left only nine percent of her frames open in the meet. Stein, a Brooklyn native who has been named an NTCA Honorable Mention All-American and a second team NTCA Academic All American in both her freshman and sophomore years, maintains a 3.70 grade point average as a Physical Education major. 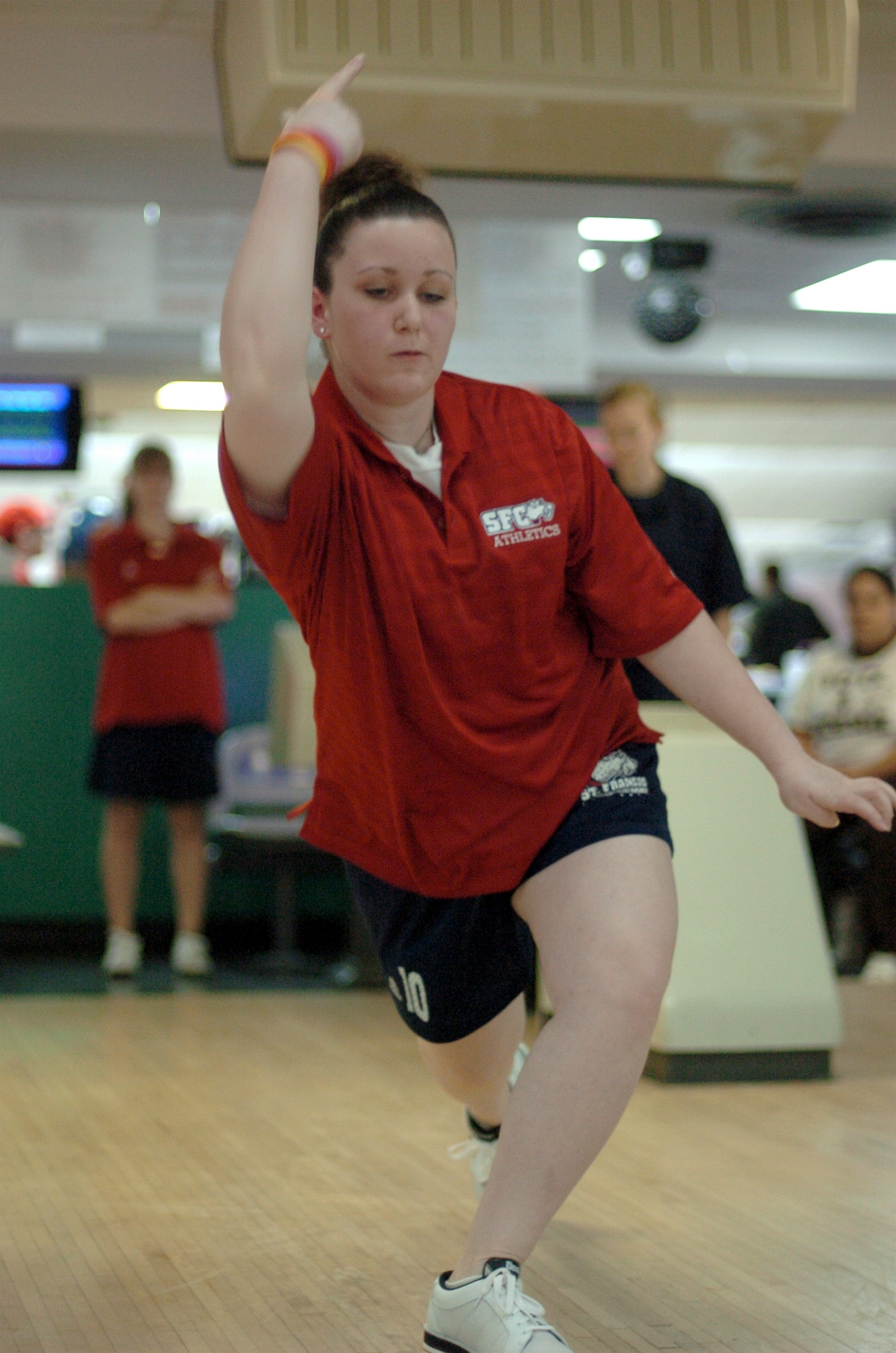 Stein is just the top of a list of 2008-09 Winter Scholar-Athletes from St. Francis. She’s joined by 44 other St. Francis students who ranked on the academic honor roll for earning a 3.20 or better cumulative grade point average. The Women’s Swimming and Diving team contributed the most women to the list with 12 members, followed by 11 from the Men’s Swimming and Diving team. The Men’s Track & Field team boasts 6 men on the list while the woman placed 5. Rounding out the list are 4 women from both the Basketball and Bowling squads while Men’s Basketball placed 3 students.

An even higher academic standard was set by 17 of those students whose GPA is 3.75 or higher. They earned a spot on the NEC Commissioner’s Honor Roll. Seven members of the Men’s Swim team earned this honor, 4 students from the Women’s Swim team and 3 men from the Basketball team also placed. One representative from Women’s Basketball, Women’s Track and Men’s Track also made the list.

The athletic program received further accolades from the NCAA as four teams earned NCAA Public Recognition Awards for their academic excellence. The Academic Progress Reports (APR) for Men’s Cross Country, Men’s Golf, Women’s Bowling and Women’s Golf placed them all in the 90th percentile in the country, meeting the stringent requirement for the honor.

In the water, Men’s Water Polo added to their already impressive ranking of being tied with Brown for the top GPA of any water polo team in the country by having 9 members recognized on National Student-Athlete Day. That number is nearly double the amount of players from the next closest school and by far the most in their conference, the Collegiate Water Polo Association.

National STUDENT-Athlete Day was created in 1987 by the National Consortium for Academics and Sports (NCAS) and Northeastern University’s Center for the Study of Sport in Society. Currently, it is presented with The NCAA and the National Federation of State High School Associations (NFHS). National STUDENT-Athlete Day is one of America’s strongest endeavors to increase the positive virtues of sport and the recognition of student-athletes nationwide.