Skip to main content
Upload Proof of Vaccination
Reminder: All students, faculty, and staff must be fully vaccinated against COVID-19 and upload proof as a condition of accessing College buildings (including the residence hall) during the 2021-2022 academic year.
Academics
February 15, 2007

The Student Government Association (SGA) of St. Francis College is throwing its support behind fellow student, sophomore René Andino of Brooklyn, New York as she gets ready to compete for the title of Miss New York USA.

"I've done some modeling and competed in pageants before, but this is the biggest one that I've entered," said Andino, a Communications Arts major. "I think I can be a strong role model for young women and would be honored to travel across New York helping to teach about life, love and the importance of education." 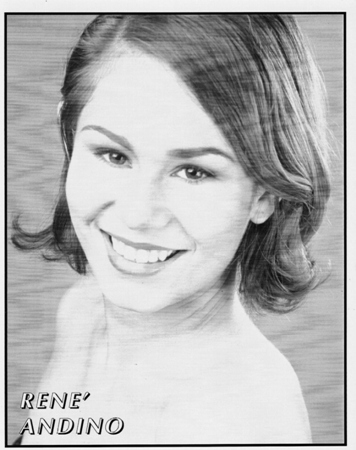 "When we learned that René was selected to compete, we jumped at the chance to help her," said SGA President Michael Phillips. "It's great for the student body here to get behind one of our own."

René will be competing against dozens of women between 18 and 26 years old for a share of more than $10,000 in scholarships and prizes. The women are judged on modeling routines in an evening gown and swimsuit as well as an interview.

"Bringing out my personality during the interview and while modeling is the most important part of the competition," added Andino. "It's where the judges put the highest priority when they do the scoring."

If René becomes Miss New York, she would represent the state in the 2008 Miss USA Pageant. The winner of that pageant goes on to compete for the title of Miss Universe.

The Miss New York Pageant will take place at the Crown Plaza Hotel in Albany, NY from November 23 to 25.

René is now working to raise money for the $1000 participation fee which covers pageant training and rehearsals. The St. Francis College SGA is supporting her with a portion of the fee and the College's Backstage Club is helping her with the fashion aspects of the competition, like modeling her dress. René has been talking to other community businesses, organizations, and private individuals to help sponsor her.