The maintenance is scheduled to take place on the following days: June 21, June 22, July 11, July 13, August 1, August 3, August 16, and August 17. If you experience any problems accessing any of these applications during these dates, please understand the application may be down for migration. SFC IT will be sending out notifications when systems are back online. Thank you for your support and patience during this process.
Diversity & Inclusion
November 2, 2006

Two Book Readings This Month From the Heart of Brooklyn

A group of St. Francis College students will have more than just their degrees on their resumes when they leave school. They are also accomplished authors. Seventeen student participants of Professor Terry Quinn's Creative Writing Workshop recently had more than 30 short stories, poems and one-act dramas published in the new anthology, From the Heart of Brooklyn – Volume Two (Vivisphere).

In addition, two of the students, Jill Neziri and Jessica Oswald edited the book with Professor Quinn. 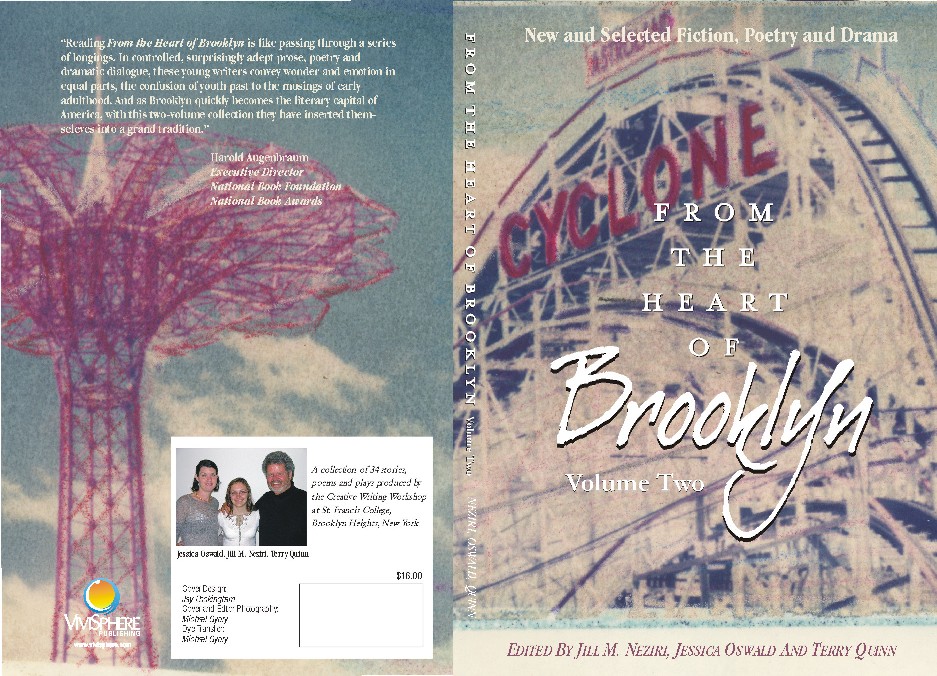 "This is more than just a labor of love for my students and me," said Professor Quinn who also contributed a radio play, "Unaccustomed to Fear," to the collection. "The body of work these students produced is deserving of a much bigger audience. I'm thrilled that the book will be sold nationwide at bookstores and online. In fact, one representative at Barnes & Noble told me this is the first student authored book they were distributing nationwide."

You can hear several of the stories and poems from the Heart of Brooklyn at two readings this month. The first is at Barnes & Noble at 106 Court Street in Brooklyn Heights, Thursday, November 16 at 7:00pm. The second reading is at St. Francis College at 180 Remsen Street, Monday, November 20 at 12:30pm.

Professor Quinn has authored two novels, including, "A Death in Brooklyn," a biography, nine plays, including "Bad Evidence" recently performed at The Big Little Theater on the Lower East Side and two opera librettos, including "Hester Prynne At Death" which was performed at the 92nd Street Y in 2004. Volume One of From the Heart of Brooklyn was published in 2003 and is available through online booksellers.