The maintenance is scheduled to take place on the following days: June 21, June 22, July 11, July 13, August 1, August 3, August 16, and August 17. If you experience any problems accessing any of these applications during these dates, please understand the application may be down for migration. SFC IT will be sending out notifications when systems are back online. Thank you for your support and patience during this process.
Academics
May 5, 2014

When the class of nearly 400 students graduates from St. Francis College on Tuesday, May 13 at Spring Commencement, the College will also say goodbye to Dr. Francis Greene, a cultural studies professor who taught at St. Francis for 46 years. 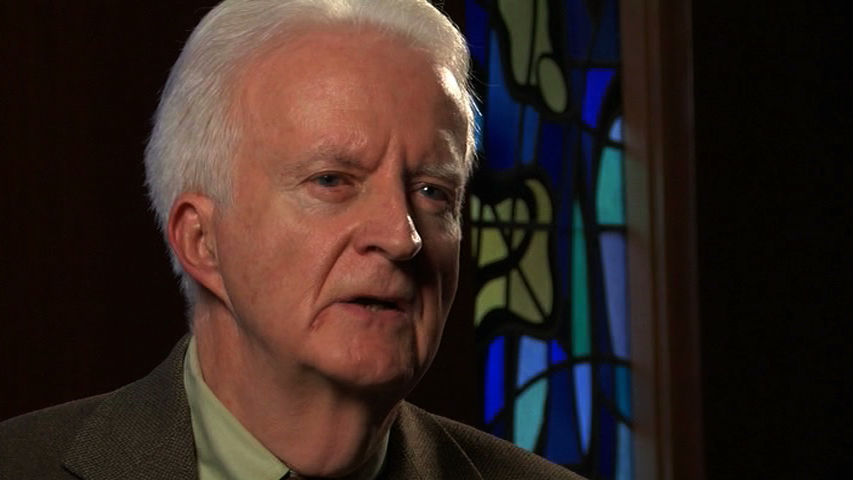 In honor of his years of service, Professor Greene will deliver the Keynote Address at the ceremony held at the Brooklyn Academy of Music. In addition, honorary degrees will be awarded to two Brooklyn leaders who have greatly enhanced the lives and well-being of thousands of Brooklynites; Pamela Brier (President, Maimonides Medical Center) and Regina Myer (President, Brooklyn Bridge Park).

“My time here at St. Francis was fulfilling. I learned the importance of service, and received a holistic educational experience,” said Delfino, who may spend the summer teaching high school students about government and business. “I owe much to my friends, and faculty for constant support and encouragement.”

The Commencement celebration begins a day earlier with a Baccalaureate Mass on Monday, May 12 at St. Charles Borromeo Church at 21 Sydney Place at 6:00pm. Mass will be celebrated by Fr. Brian Jordan, OFM, Director of Campus Ministry. He will be joined by concelebrant Msgr. John Bracken, a member of the College’s Board of Trustees. Fr. Patrick Boyle, OFM will serve as Master of Ceremonies. Student Government President Anne Edouard ’14 and President of the Alumni Board of Directors Joseph Hemway ’84 will also speak at the Mass.

Other students graduating this year

Lorianna Colon ’14
Lorianna Colon ’14 is the first graduate from the College’s new BA/MA in Applied Psychology. She has been accepted to and will next work toward her Ph.D. in Behavioral Neuroscience at the University of Albany, SUNY. She is a member of the College’s Honors Program as well as the Psi Chi Chapter of the International Honor Society in Psychology. “St Francis College has become a second home to me over the past five years,” said Colon. “The encouragement and support I received from faculty and friends at the college were instrumental in my decision to pursue further graduate study.”

Michael Garay ‘14
Michael Garay ’14 is a Communication Arts Major with aspirations of becoming a TV reporter. He has reported, written and edited more than a dozen stories for SFCTV, which produces online news for the College, worked as a sideline reporter for the Terrier Sports Network covering St. Francis athletics, and written SFCToday, the student newspaper. In addition, Michael interned for CBS Sports and WCBS. He is also a member of the College’s Honors Program. “The encouragement of the Communication Arts staff provided me with the courage, character, and commitment I needed to realize my goals and dreams as an aspiring broadcast journalist,” said Garay. (Watch Michael’s story on Community Day)

Kristen Harney ‘14
Kristen Harney ‘14 completed the two-year Master’s in Accounting Program at the College and will now begin working at O’Connor Davies while she studies for her CPA exam. Kristen decided to pursue her Master’s after being hired as a temp in her company’s accounting department. For her high grades Kristen earned the Archbishop Thomas E. Molloy Award Catholics Accountants Guild. “My time at St. Francis was wonderful. The accounting professors are very hands on and I felt I learned a great deal in the two years I studied at St. Francis,” said Harney.

Professor Greene also spent the past five years as co-Director of the Study Abroad program, with Fine Arts Professor Jennifer Wingate, helping to greatly expand the number of studies studying in foreign countries.

Dr. Greene’s research originally focused on 19th century architecture and has developed into a growing love of gothic work. He has conducted extensive research into the origins of stained glass windows throughout the cathedrals of Brooklyn. (Watch the Currents TV feature about stained glass)

Professor Greene will now become Professor Emeritus at St. Francis and plans to teach a culturally based Honors Symposium in the Fall.

Regina Myer
As President of Brooklyn Bridge Park since 2007, Regina Myer has presided over the creation and construction of the jewel on the Brooklyn waterfront. She oversees all aspects of the 85-acre Park, including design, construction, maintenance and operation. Brooklyn Bridge Park is one of the most significant public investments on the waterfront outside of Manhattan in the 21st century. Under her leadership, the Park has been the recipient of numerous awards from such organizations as the Municipal Art Society and the American Institute of Architects.

Prior to the Brooklyn Bridge Park, Ms. Myer was the senior vice president for planning and design at the Hudson Yards Development Corporation, and the Brooklyn Borough Director for the New York City Planning Department, where she directed the comprehensive redevelopment for two miles of the Greenpoint/Williamsburg waterfront, the rezoning of Downtown Brooklyn for high density office and apartments and numerous neighborhood rezoning efforts. She received her BA and Masters in Urban Planning from the University of Michigan, and resides in Park Slope with her husband and two children.

At Maimonides, a 700-bed major teaching hospital, Ms. Brier has been a staunch advocate for the highest standards of safe, compassionate, and patient-focused care. Maimonides has earned a national reputation for developing an innovative care management model program for patients with serious mental illnesses and other chronic diseases. Maimonides has also gained a widespread reputation for medical excellence and IT innovation, having been recognized repeatedly by the American Hospital Association as one of the nation’s top 100 “Most Wired and Wireless” hospitals.

Ms. Brier currently serves as Vice Chair of the Board of The New York eHealth Collaborative (NYeC), a statewide public/private partnership organization devoted to health IT promulgation and adoption. She has also held senior positions in the New York City Health and Hospitals Corporation and as Chief Executive Officer of Jacobi Medical Center and Bellevue Hospital Center.

Ms. Brier also served as Chair of the Board of Directors of Housing Works, Inc. and on the Board of the UNITE HERE/Union Health Center. She was recognized three times by Crain’s New York Business as one of the “50 Most Powerful Women in New York.”

Ms. Brier holds a Bachelor of Arts Degree with honors from the University of California at Berkeley and a Masters Degree in Health Administration from UCLA.