The maintenance is scheduled to take place on the following days: June 21, June 22, July 11, July 13, August 1, August 3, August 16, and August 17. If you experience any problems accessing any of these applications during these dates, please understand the application may be down for migration. SFC IT will be sending out notifications when systems are back online. Thank you for your support and patience during this process.
Clubs & Organizations
December 1, 2017

The floodgates are open as the St. Francis College Women's Film Festival is now accepting submissions for the 3rd annual celebration of women in film. Last year more than 1,000 filmmakers from 27 countries vied for almost 60 slots in the festival. 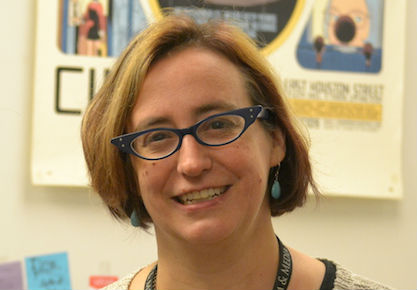 "The outpouring of talent, creativity, and meaning in the films that were submitted was almost overwhelming," said Festival Co-Founder and St. Francis Professor Augusta Palmer, a director of multiple documentaries including her forthcoming film, The Blues Society, about the historical Memphis Country Blues Festivals of the late 60's. "This year, we hope to have the same high level of films and are adding a category for Virtual Reality pieces. I can't wait to see the entries!"

Among the requirements, each film must have a maximum length of 15 minutes and either a female director, producer or screenwriter, with preference given to works created by female directors. Entry is free for St. Francis students, alumnae, faculty, and staff. Submissions are due January 20, 2018.

In addition to film screenings, the festival hosts multiple panels and workshops on topics like crowdfunding, the entrepreneurial

aspects of filmmaking, as well as the past, present and future of women's filmmaking.

"By bringing together all these works and the female college and professional filmmakers who made them, we are building a bridge that will become a real pipeline for talent moving into the film industry," added Professor Palmer.

The festival is a cross-disciplinary collaboration between the Communication Arts Department, the Women's Studies Center, and the Center for Entrepreneurship.