Skip to main content
Upload Proof of Vaccination
Reminder: All students, faculty, and staff must be fully vaccinated against COVID-19 and upload proof as a condition of accessing College buildings (including the residence hall) during the 2021-2022 academic year.
Academics
February 3, 2017

Continuing a new tradition at St. Francis College, more than 60 future nurses, the largest class ever at the College, were welcomed into the four-year Nursing BSN program at the Third Annual Nursing White Coat Ceremony with a Keynote Address by State Assemblymember Jo Anne Simon on Friday, February 3.

In her Keynote Address Assemblymember Simon told the students how honored she was to be at a ceremony which, "gives due attention to the importance of compassion and care in the health profession." Simon, whose sister is a neo-natal nurse, emphasized that nurses are the frontline of care, the people who patients and family rely on, and often have to handle vital emotional issues above and beyond their medical duties.

The College places a heavy focus on technology in its four year undergraduate Nursing program as well as its two-year RN to BS program. Each student will receive an iPad to be used for: textbooks, a variety of nursing and medical apps, and to link with the College's Nursing Lab. 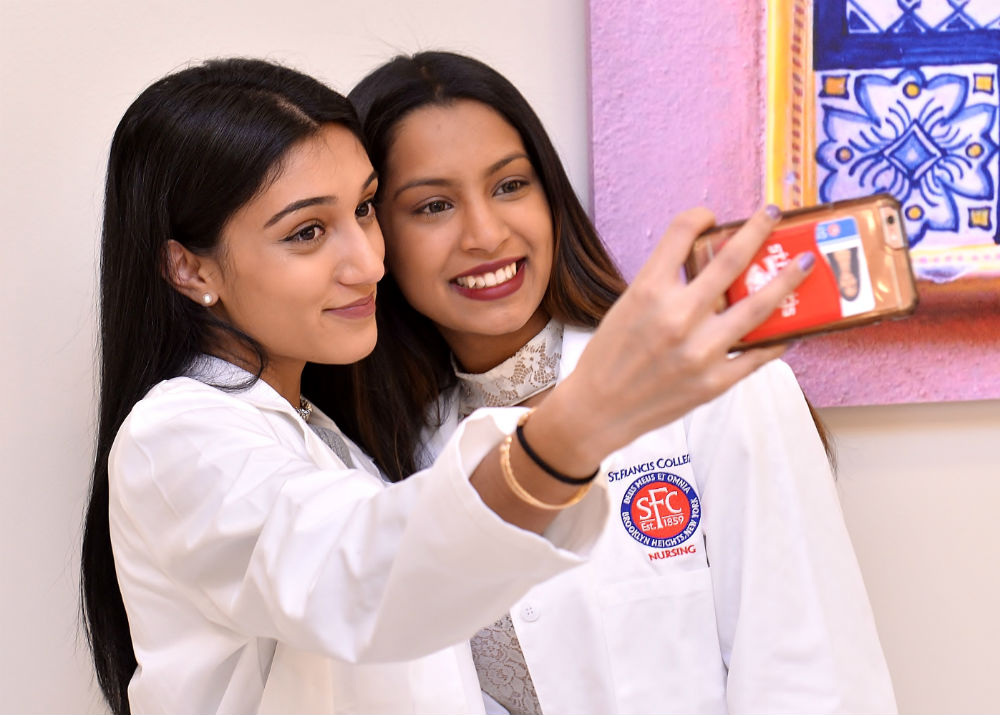 The lab features a collection of robot simulators that mimic thousands of symptoms for students to diagnose. All the work is captured on video, giving instructors the opportunity to pinpoint specific areas for improvement.

White Coat ceremonies first became popular more than 20 years ago and were exclusively for students in medical school. They have spread to Nursing in an effort to create a stronger sense of community among all healthcare workers and recognizing their value as part of the healthcare team.