Skip to main content
Upload Proof of Vaccination
Reminder: All students, faculty, and staff must be fully vaccinated against COVID-19 and upload proof as a condition of accessing College buildings (including the residence hall) during the 2021-2022 academic year.
Student Life
January 3, 2017 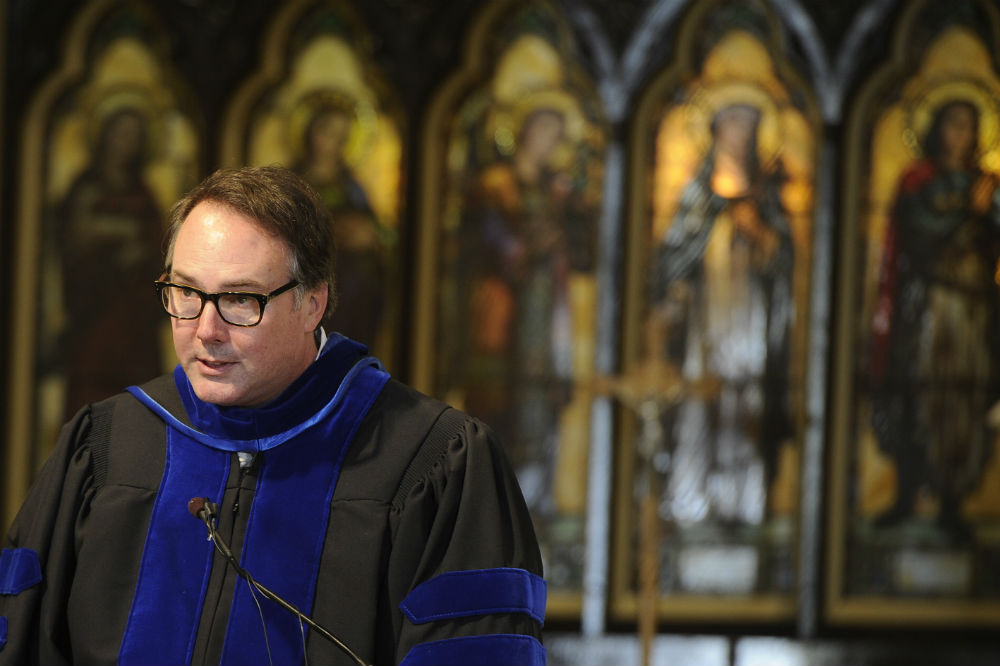 "Dr. Houlihan has served St. Francis College for almost 20 years and has proven himself to be a strong academic leader with a clear vision and a belief in the College's mission to provide a high quality, affordable education, based on Franciscan values," said John F. Tully '67, Chairman of the St. Francis College Board of Trustees. "We are confident in Dr. Houlihan's ability to keep the College moving forward and to assure the entire St. Francis community of a smooth transition as we begin our search for a new president."

"Brendan was a beloved President and a transformational leader. He did an outstanding job over the past eight years positioning St. Francis College for an amazing future," said Dr. Houlihan. "We worked hand in hand to bring many of his new ideas to St. Francis College and I am honored to be able to continue our work and maintain our positive momentum." 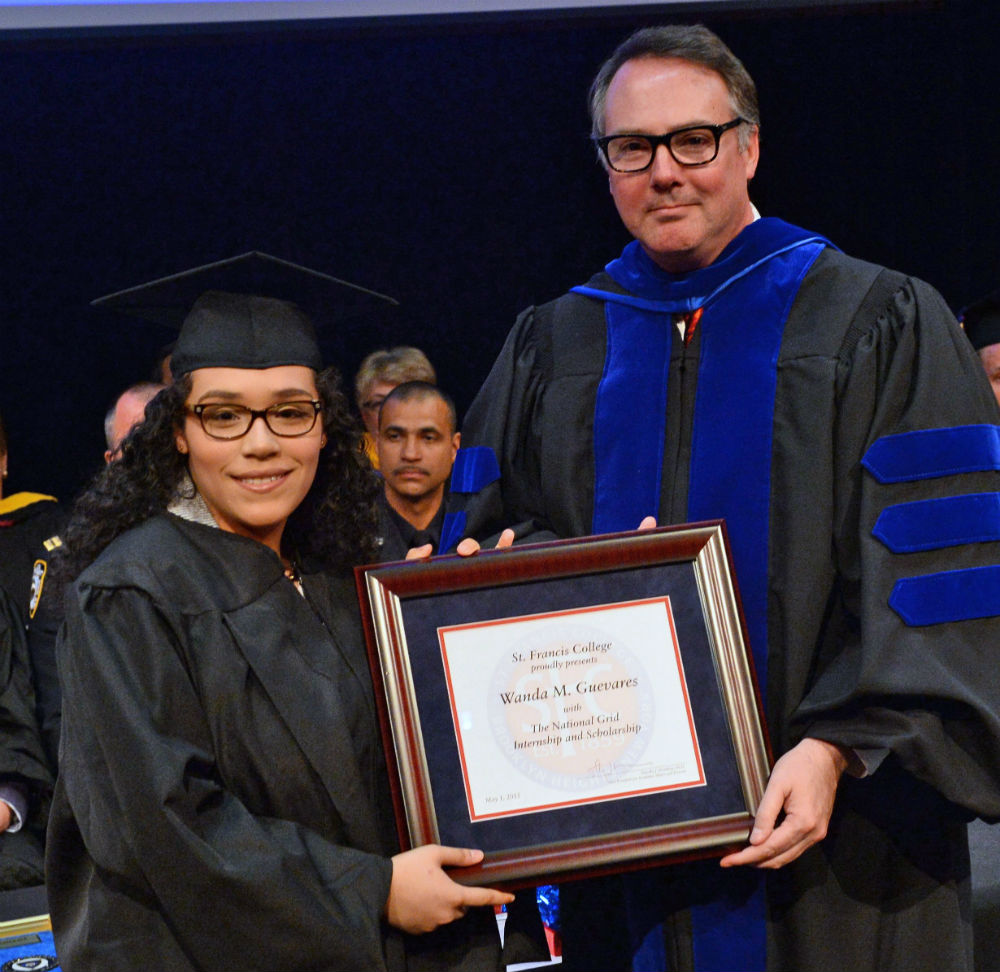 Dr. Houlihan began his career in higher education as a speechwriter and graduate assistant in the President's Office of Binghamton University (formerly the State University of New York at Binghamton).

He then taught in the History Department and Honors Program and served as the Associate Director of the Academic Advisement Center at Long Island University in Brooklyn from 1994-1999.

In addition to his solid administrative experience, Dr. Houlihan also has taught numerous courses throughout his 22 years of academic experience at LIU Brooklyn and St. Francis College. He developed inter-disciplinary Honors courses in American culture, while also developing and teaching courses in American History. He also developed and taught graduate courses in U.S. History and Issues in International Labor for the United Nations Certificate Program at Long Island University.

As Provost Houlihan was responsible for developing new undergraduate and graduate academic programs, sustaining and invigorating existing programs and overseeing faculty development as teachers and as scholars in their respective fields. He also had oversight of the Office of the Registrar and Student Affairs which includes the Career Development Center, the Wellness /Counseling Center and the office of Student Activities.

Under Houlihan's oversight, St. Francis College introduced graduate programs in Accounting, Psychology, and Project Management and is now accepting applications for the launch of the Low-Residency MFA Writing program. In addition the number of undergraduates attending the College has risen by several hundred students.

Graduates of these programs and others have gone on to success in a variety of fields, including at Big 4 accounting firms, in health promotions and teaching, as well as at PhD programs in psychology, at veterinary schools, and various medical programs.

Maintaining a direct connection with these students has always been important to Dr. Houlihan who has taught a number of History classes over the years. In addition, graduating seniors will recall that even with an increasing number of graduates in each class, he's made sure that during commencement every students name is read aloud to give them the recognition and honor they deserve for earning a degree at the College. 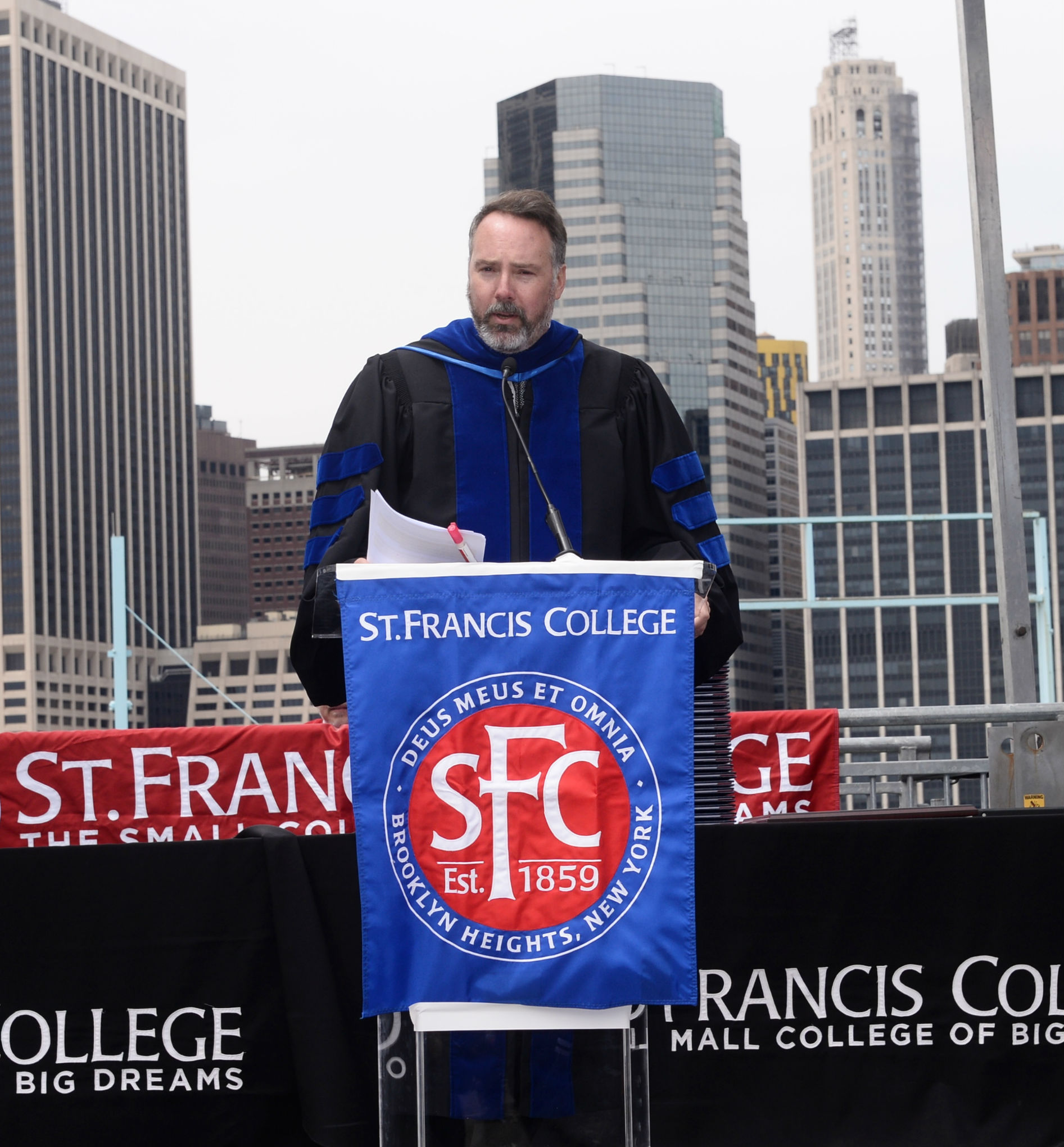 Literary Prize which awards mid-career authors with one of the largest literary prizes in the United States.

He is also Chair of the Brooklyn Book Festival Board of Directors, the largest free literary event in New York City, which features hundreds of national and international literary stars and emerging authors, many of them at panels held at St. Francis.

Dr. Houlihan believes that the Franciscan traditions of peacemaking, hospitality, humility, collegiality and service are intended to inform a way of life and our relationships with one another, and that these values will continue to be at the forefront of the curriculum and campus life.

St. Francis College is very pleased to welcome and congratulate Dr. Houlihan as he begins his new role at this important time in its history and in higher education.

Dr. Houlihan will serve as interim President while the Board of Trustees conducts a nationwide search to find a successor for President.