Skip to main content
Upload Proof of Vaccination
Reminder: All students, faculty, and staff must be fully vaccinated against COVID-19 and upload proof as a condition of accessing College buildings (including the residence hall) during the 2021-2022 academic year.
Academics
March 23, 2009

Performs From Brooklyn to Broadway

White, in her most personable moments ventured into the audience numerous times breaking the plane between singer and spectator, even engaging the audience in a sing-a-long for her rendition of the Harry Belafonte tune, "Mama Look A Boo Boo." White also sang a medley of some of her Broadway performances including from Dreamgirls, How to Succeed In Business and The Life. 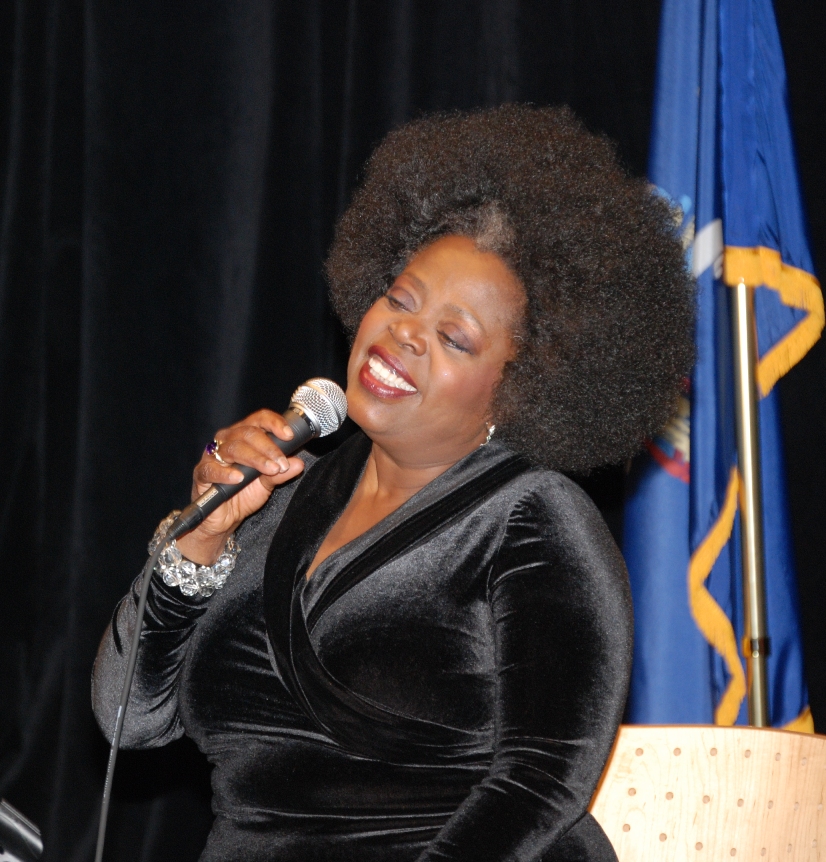 It was for her depiction of Sonja in The Life, a role written specifically for her by composer Cy Coleman that she won the Broadway quadruple crown of Tony Award, Drama Desk Award, Peoples Choice Award and The Outer Critics Award. White was accompanied on piano by Miles Dalto.

"Lillias White gave the audience an hour of sheer joy and reminded us of the wonders of the Broadway musical," said Fine Arts Professor Suzanne Forsberg.

This Celebration of Women's History Month was sponsored by the St. Francis College Department of Fine Arts and The Women's Studies Minor.