Skip to main content
Upload Proof of Vaccination
Reminder: All students, faculty, and staff must be fully vaccinated against COVID-19 and upload proof as a condition of accessing College buildings (including the residence hall) during the 2021-2022 academic year.
Academics
September 18, 2014

Women in the Struggle for American Independence

St. Francis College welcomed historian and scholar Carol Berkin to help celebrate the 227th birthday of the United States Constitution with the talk, “It was I who did it: Women in the Struggle for American Independence” on Thursday, September 18.

Carol Ruth Berkin is the Presidential Professor of History, Emerita at Baruch College & The Graduate Center, CUNY. She has published a number of books including A Brilliant Solution: Inventing the American Constitution, Revolutionary Mothers: Women in the Struggle for American Independence, and Civil War Wives: The Lives & Times of Angelina Grimke Weld, Varina Howell Davis & Julia Dent Grant. 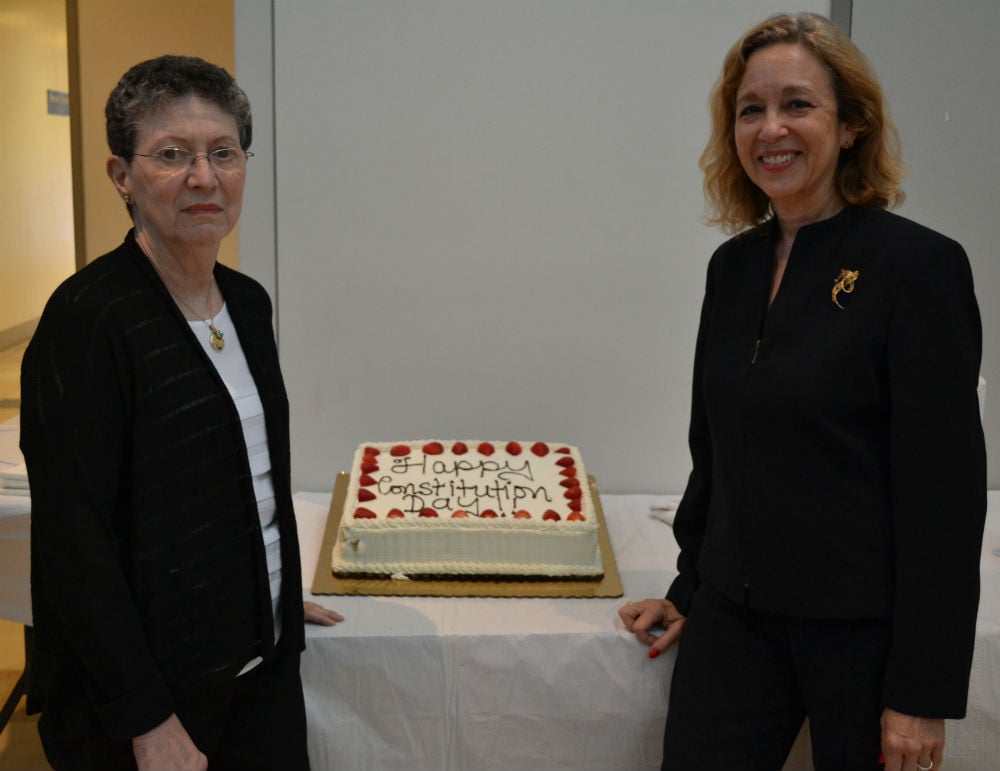 Berkin has also appeared as a commentator and worked as a consultant on two PBS documentaries on Dolley Madison and Alexander Hamilton.