Skip to main content
Upload Proof of Vaccination
Reminder: All students, faculty, and staff must be fully vaccinated against COVID-19 and upload proof as a condition of accessing College buildings (including the residence hall) during the 2021-2022 academic year.
Academics
June 3, 2014

For the first time in program history, the St. Francis Brooklyn women's basketball team has been invited to compete in the Preseason Women's National Invitational Tournament (WNIT). 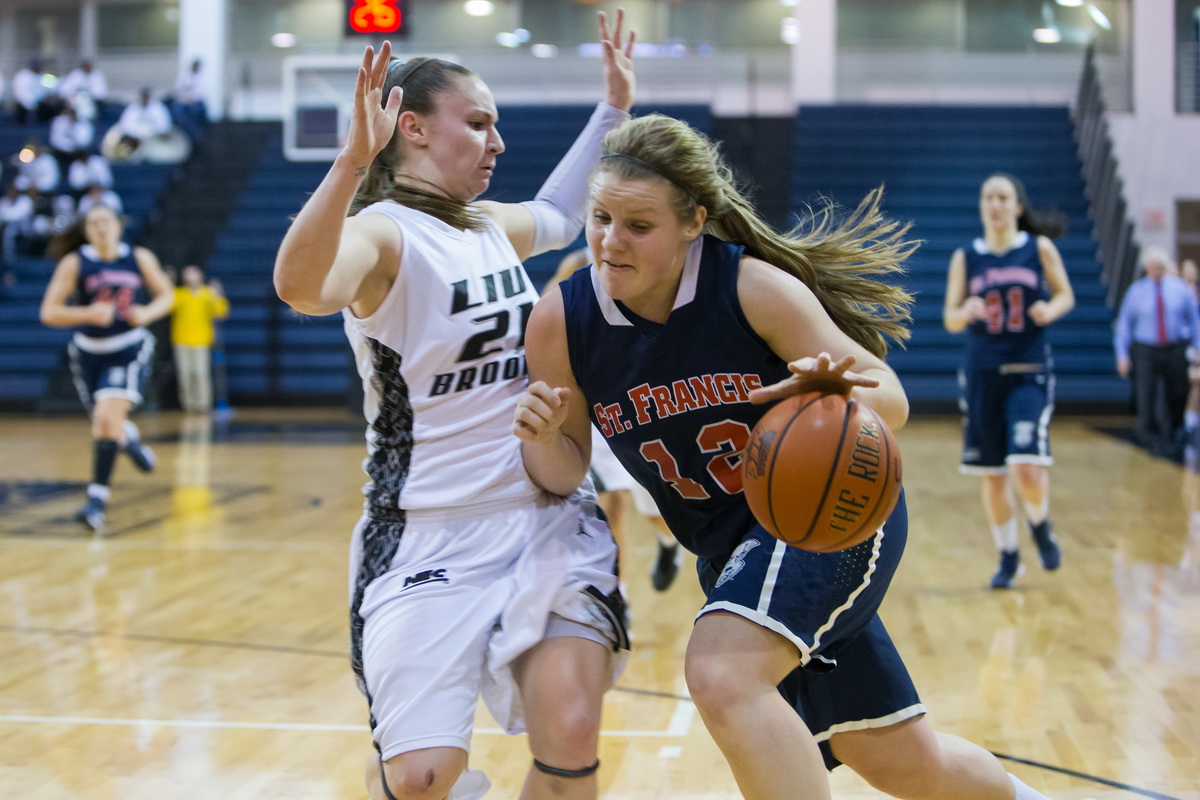 "It is exciting to be part of one of the most prestigious events in early season women's college basketball," said third-year head coach John Thurston. "Our participation is a historic moment in the growth of our program. Our players, especially our senior class, are very excited for this opportunity. This selection validates the hard-work they have put in over the past several years. The high level of competition will surely help us prepare for the rigors of conference play down the road."

The 2013-14 Terriers rewrote the school's record books with the most wins in the program's 40 year history with a 19-11 record. The women also qualified for their second straight Northeast Conference Tournament with the most conference wins in program history. In addition, the Terrier achieved their first ever ranking at #24 in the College Insider Mid-Major Top 25. St. Francis Brooklyn finished with their highest RPI rating in program history at 163.

The Terriers are one of six teams in this year's field making their first ever appearance in the Preseason WNIT.

Their first match is November 14 at Albany at 7pm.

They'll play at least two more games throughout the tournament with the second round taking place on Nov. 16 and 17. The Semifinals will be Nov. 19 and 20 and the championship is set for Sunday, Nov. 23 at 3:00 pm. The championship game will be nationally televised live in HD on CBS Sports Network.

Teams that lose in the first two rounds will play consolation games. All games are hosted by participating schools.