The maintenance is scheduled to take place on the following days: June 21, June 22, July 11, July 13, August 1, August 3, August 16, and August 17. If you experience any problems accessing any of these applications during these dates, please understand the application may be down for migration. SFC IT will be sending out notifications when systems are back online. Thank you for your support and patience during this process.
Academics
February 26, 2016 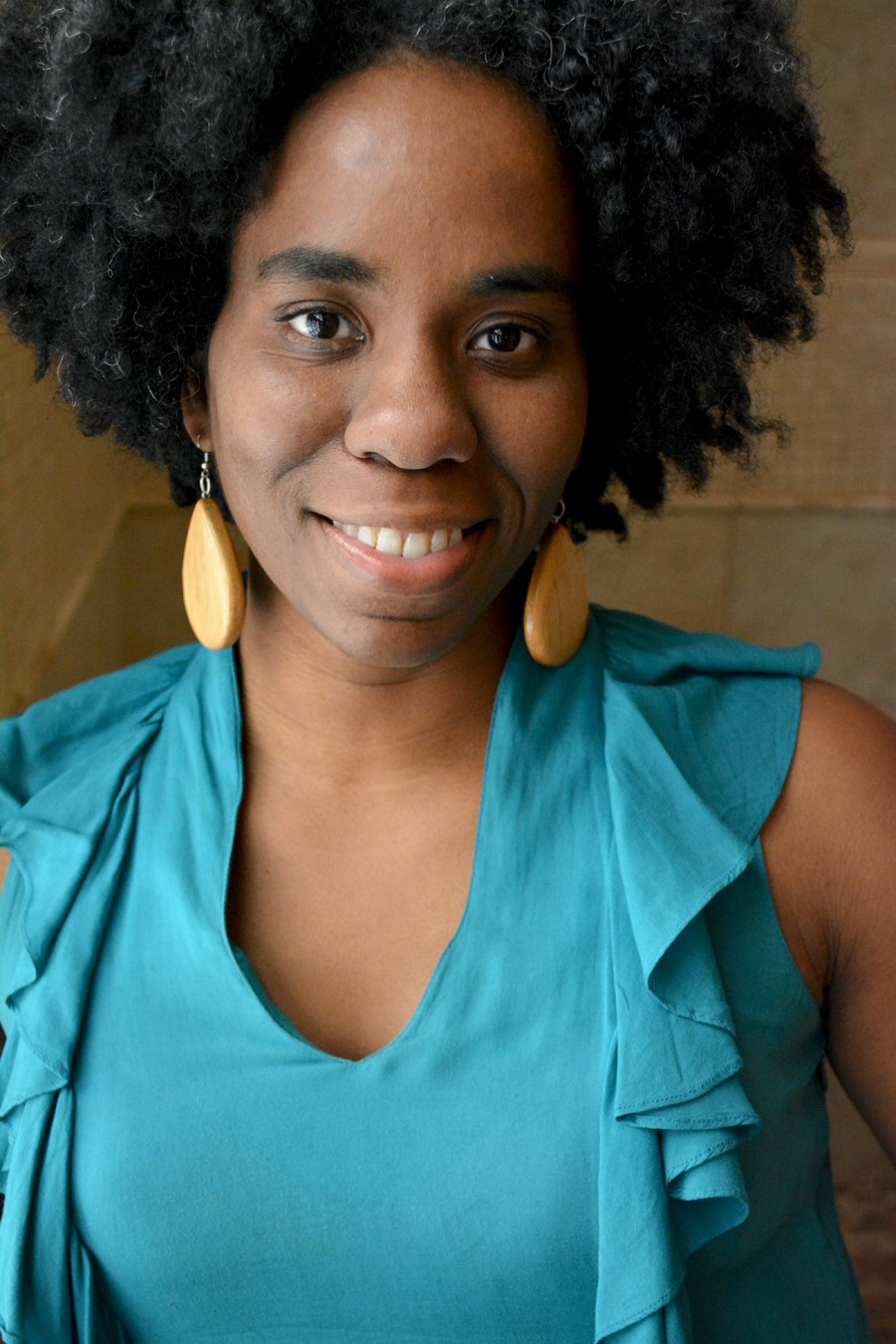 ALL EVENTS ARE FREE & Open to the Public

St. Francis College celebrates Women's History Month with a full slate of events that feature successful women in politics, the film industry, and the arts.

The month begins with a Women in Government symposium moderated by former State Assemblywoman Joan Millman, new Scholar in Residence at St. Francis College. Millman welcomes State Assemblywoman Jo Anne Simon and State Senator Roxanne Persaud for the launch of a new lecture series on Thursday, March 3 at 11:10am in the College's Maroney Forum for Arts, Culture & Education (Room 7402).

The following week, on Monday, March 7 at 12:20 in the Maroney Forum, professional author, advocate, and photographer Alyscia Cunningham talks about Embracing Our Natural Beauty. Cunningham will point out the distinctions between the natural beauty each of us has within vs. societal and external measures of beauty and worth. Her talk is part of the College's yearlong focus on Respect and is co-sponsored by The Women's Center/Women's Studies Minor, the American Studies Program, and the Department of English.

Following Cunningham's talk will be day one of the first Women's Film Festival at St. Francis College organized by Communication Arts Professors Augusta Palmer and Magaly Christopher-Colimon. Their goal in co-founding this film festival was to create a mutually beneficial, inspirational, supportive bridge between the emerging female digital media artists at St. Francis College and the professional female digital filmmaking community in New York City.

Monday's films run from 2:00pm until 5:00pm in Founders Hall and were curated by Lili White of the acclaimed Manhattan screening series Another Experiment by Women Film Festival (AXW). The program features experimental films by women from Taiwan, France, Italy, and the U.S. and will be paired with work by SFC student filmmakers. In addition, the audience will also hear from Duana Butler, Program Coordinator from New York Women in Film and Television.

The second day of the festival falls on International Women's Day and runs from 11:10am to 1:10pm in the Maroney Forum. The program features a sneak peek of the Women Deliver Conference Cinema Corner which will take place in May in Copenhagen, Denmark. That conference is one of the world's largest with a focus on women's struggles and resilience around the world. the Emmy winning filmmaker, Lisa Russell, curator of the Cinema Corner, will introduce the films and answer questions. Additional work from the SFC community will follow.

Assemblywoman Jo Anne Simon grew up in a working class neighborhood in Yonkers and was the first in her family to attend college. Jo Anne graduated Iona College with a Bachelor's Degree in Communication Sciences, Gallaudet University with a Master's Degree in Education of the Deaf, and Fordham University School of Law, where she earned her law degree at night while working full-time. After stints as a judicial law secretary and teaching in Hofstra University School of Law's clinical program, she established a disability civil rights law firm in Downtown Brooklyn. Jo Anne is a nationally recognized expert in her field whose work has been featured in the New York and National Law Journals. Jo Anne is also an adjunct Assistant Professor of Law at Fordham. She has lived in Brooklyn since 1981 and has previously served as President of the Boerum Hill Association and chaired its Traffic & Transportation, Land Use, and Atlantic Yards committees. Jo Anne was a Founder or Co-founder of numerous organizations including the Downtown Brooklyn Coalition, BrooklynSpeaks.net, Council of Brooklyn Neighborhoods, Friends of Douglass/Greene Park; Hoyt-Schermerhorn Task Force, Association on Higher Education And Disability (AHEAD) where she is also general counsel, and the Downtown Brooklyn Traffic Calming Task Force. She chaired the Gowanus Community Stakeholder Group and Gowanus Expressway Community Coalition. Jo Anne is a member of the ARISE Coalition, which seeks to improve educational and life outcomes for NYC's children with disabilities. She is also the former President of Everyone Reading, Inc.

State Senator Roxanna Persaud was elected to the State Senate in November 2015 after serving in the State Assembly. Prior to being elected to the State Legislature, Roxanne spent many years as a Higher Education Administrator including as Registrar at St. Francis College. In addition, she is a longtime advocate for the community. She served as President of the 69th Precinct Community Council in Canarsie, a member of Community Board 18 and Commissioner on the New York City Districting Commission. She also is a graduate of the NYPD Citizens Police Academy as well as, the New York City Office of Emergency Management-Community Emergency Response Team. Additionally, she was a member of Community Action Board of the New York City Department of Youth and Community Development and Chairperson of the Neighborhood Advisory Board - District 18. She also serves on organizations highlighting domestic violence and cancer awareness among others. She has also traveled overseas on several occasions as a volunteer on medical and social outreach programs.

Roxanne was born in Guyana, South America and migrated to the United States with her parents and siblings. She is a graduate of Pace University from which she holds a Bachelor of Science and Master of Science in Education Administration.

In the Senate, Roxanne's legislative priorities for the District include safer communities, affordable housing, funding for schools and libraries, supportive services for youth and senior and quality healthcare.

Roxanne lives in the Canarsie section of the 19th Senatorial District.

Augusta Palmer, co-founder of the SFC Women's Film Festival is an Assistant Professor of Communication Arts at St. Francis College in Brooklyn. She is a filmmaker and scholar who holds a Ph. D. in Cinema Studies from New York University's Tisch School of the arts. As a documentarian, she is best known for The Hand of Fatima (2009), a feature documentary about music, mysticism, and family history. Her award-winning documentary and experimental video work has screened in national and international festivals, as well as at venues like New York's Anthology Film Archives. In 2016, her first fiction film, A is for Aye-Aye: An Abecedarian Adventure has been screening at children's film festivals from Seattle to New York.

Magaly Colimon-Christopher, co-founder of SFC Women's Film Festival, actress, writer, and director, credits the timely popularity of digital video filmmaking as the facilitator of her filmmaking career. She also credits the inspirational words of fellow actor, filmmaker, director, writer Jackie Alexander, who she met following a screening of his film Joy in 2002. When asked to comment on an inexperienced director becoming an indie filmmaking, Alexander told her, "Just do it!" And she did. Since then Colimon-Christopher has produced, written, and directed short films Yes Madame!; Her Tory; and Two Women and a Camera; and a web series BN4 Real. When asked what keeps her inspired, she says, "Team work makes the dream work in filmmaking and I love the collaborative process. I have found that the famous quote from the movie Field of Dreams actually is true, 'If you build it, they will come.'" Finally, Magaly continues to be inspired by the growing numbers of female actress, producer, directors like Lena Dunham, Julie Delpy, and Jodi Foster who continue to prove that female actresses have a story to share, and there are audiences who want and need to see the world from a female perspective. Magaly earned a BA in Psychology at Columbia College, received her MBA from Binghamton University, and her MFA in Acting from Yale School of Drama. She is currently an Adjunct Professor in the Communication Arts Department at St. Francis College.